Margot Robbie’s most high-profile role to date has something in common with the one that made her famous: a Brooklyn accent. Naomi Lapaglia, the foul-mouthed, platinum-haired lover-turned-wife she played in Martin Scorsese’s The Wolf of Wall Street, is from Bay Ridge, just a handful of blocks away from Bensonhurst. That’s the birthplace of Harley Quinn, the bonkers baddie Robbie portrays in DC Comics’ supervillain convention Suicide Squad, out Friday.

But as is widely known by now, Robbie, 26, had to travel much further than across Brooklyn to wield Naomi’s hairspray and Harley Quinn’s mallot. Born in Australia’s Gold Coast, she got her start on the Aussie soap Neighbours before venturing to Hollywood in 2011. The cancellation of her first American show, the period drama Pan Am, was a blessing in disguise: Scorsese’s consecration led to a string of roles in films like Focus and Whiskey Tango Foxtrot, and earlier this summer she breathed new life into Jane in The Legend of Tarzan.

But the idea that she’d cover seemingly every magazine during the summer of 2016 would have seemed impossible to Robbie after The Wolf of Wall Street was released in 2013. In fact, she was convinced she’d never work again. “I was worried that people would be expecting too much of me now, like, ‘If Scorsese cast her in a film, she must be brilliant!’” she says. “Instead of having the chance to surprise people, I was worried that I’d disappoint them.”

Of course, with Suicide Squad’s opening weekend tracking north of $100 million—it’s the most tweeted about movie of the summer—the outcome of Warner Brothers’ gamble on a motley crew of supervillains should be anything but disappointing. And Harley Quinn’s pig-tailed insanity is one of its biggest draws.

Harley Quinn first appeared as a peripheral character in the animated Batman TV series in 1992 and proved so popular that she was quickly incorporated into the comics. An accomplice and sometime lover to the Joker, her alter ego is a psychiatrist named Harleen Quinzel, but as Harley, she’s a candy-coated madwoman. “Is she so intelligent that she’s pretending to have these behavioral issues to mess with people,” Robbie asks, “or is she genuinely crazy and trying to convince herself she’s sane? I think she is a bit of both.” For Robbie, that inscrutability made playing Harley the most fun she’s ever had on set.

As the first big-screen live-action depiction of the esteemed evildoer (the actor Mia Sara played Harley Quinn on the TV series Birds of Prey between 2002 and 2003), the role carried with it a healthy dose of pressure. So Robbie mined the depths of fan sites to ensure diehards “would feel the same way seeing her onscreen as they do reading her in comics.”

Robbie wasn’t surprised to find that fans treasured Harley for her biting sense of humor. But she was taken aback by another quality that had them returning to her time and again. “The comment that did surprise me is they really seem to love how devoted she is to the Joker,” explains Robbie. “When I first started looking into her, that was the thing that annoyed me, because she was reliant on someone who treated her so badly.”

But Robbie says she can’t fully inhabit a character if she can’t fully empathize with their motivations. So she read up on codependence and began to see Harley’s reliance on the Joker almost as an addiction. “It’s more than just a want,” she says. “It’s a need. In fact, it’s the motivating factor for almost everything she does.”

“All the roles I’ve played are very strong and very flawed,” she continues. “I look for a really strong point of view. They know who they are or they know what they want—not necessarily both.”

Robbie, too, knows what she wants. Rumor has it she’s producing and starring in a Harley Quinn spin-off. Her lips are sealed, she says. “But let’s just say I’m not ready to stop playing Harley Quinn just yet.” That, or the accent’s just too delicious to give up. 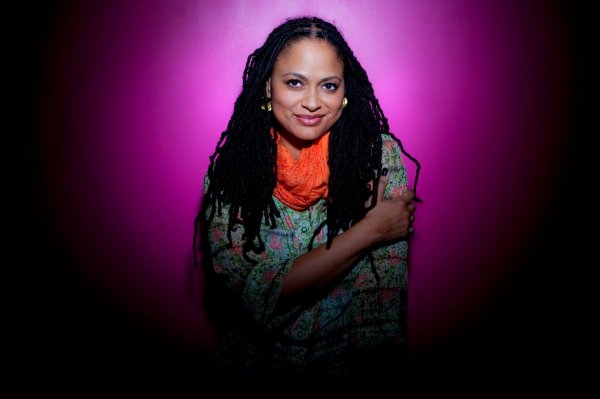