Why the FBI Dropped Its Previous Orlando Shooter Investigations

How do you stop a killer like the one who murdered 49 people at the Pulse nightclub in Orlando, Florida early Sunday morning? FBI chief Jim Comey said on Monday that the bureau had investigated and interrogated Omar Mateen on three occasions over the last three years on suspicion he might have been a radicalized Islamic terrorist. That has people asking why the feds couldn’t see the danger coming and prevent it.

The simple answer is that the FBI’s primary mission is to investigate crimes and arrest people who commit them. As far as we know, Omar Mateen broke no laws before he committed mass slaughter on Sunday morning. The Fourth Amendment to the Constitution guarantees American citizens like Mateen the right not to be arrested just because someone thinks they might break the law in the future.

The harder question, which the FBI has struggled with since 9/11, is what to do about someone who hasn’t committed a crime but whom the bureau believes could be a terrorist—or harder still, could become one. Both the Bush and Obama administrations, and Congress, have pushed the bureau to be more aggressive in investigating and surveilling terrorism suspects, breaking down walls that prevented intelligence sharing, softening civil liberties protections and issuing new guidelines for investigations.

The FBI says it is using those powers as aggressively as it can, and current and former officials warn about the erosion of core freedoms in the face of fear, while civil libertarians say the bureau has already gone too far. But some veterans of the FBI say too many restrictions remain. Under the latest investigative guidelines, “the FBI has been given more power in theory,” says Tim Murphy, who was the FBI deputy director from 2010 to 2011, “But it’s more restrictive in practice.”

Mateen first came to the FBI’s attention in 2013, when he was a security guard and co-workers heard him say he had connections to al Qaeda and Hezbollah, and that he hoped to martyr himself in a confrontation with the law, according to Comey. The FBI opened a preliminary investigation, which allows agents to conduct limited surveillance and searches, but not to use its most aggressive tools (like FISA or Title III warrants). The bureau used that power to run undercover agents against Mateen, search his “transactional records,” and record his conversations, Comey said.

The FBI has been increasingly aggressive in its undercover operations, posing agents as terrorist instigators and drawing potential radicalized Americans into fake plots. Once the would-be terrorists agree to a plot, or to travel to a foreign country in support of a foreign terrorist organization, they are arrested for breaking the laws against providing material support to terrorists. In 2015, the bureau arrested more than 58 men and women for supporting ISIS. While some terrorism experts praise the efforts, civil libertarians have criticized them as entrapment.

Preliminary investigations of terrorist suspects can run for six months in search of evidence the person is a member of a terrorist group or is planning a specific terrorist attack. The agent on the case can get a six-month extension if he or she thinks there might be more to find. And if there’s an indication the suspect really is planning an attack, the probe can be converted to a full investigation. In Mateen’s case, the FBI got one extension of the preliminary investigation, then closed the case after a total of ten months.

Two months later, however, Mateen’s name surfaced again, this time as an associate of an American who had gone to Syria and become a suicide bomber for an al Qaeda affiliate there. According to Comey, the two had known each other because they attended the same mosque, “but our investigation turned up no ties of any consequence between the two of them.” In the midst of the massacre Sunday morning, Mateen expressed “solidarity” with the suicide bomber on one of three calls with 911 dispatchers, Comey said.

Former senior officials disagree about whether the FBI could have done more. Murphy, the FBI’s former number two who worked with then-FBI general counsel Valerie Caproni in revising the bureau’s investigative guidelines, says they discourage agents from monitoring potential terrorists over the long-term. Those guidelines retained the requirement that any preliminary investigation that did not produce evidence of a crime must be closed after six months. “Someone should have been monitoring [Mateen’s] social media 24/7,” Murphy says. “but under the guidelines that is not allowed,” he says. Murphy says the bureau should also have been alerted when Mateen bought weapons.

Other former senior officials warn against giving the FBI constant monitoring powers. “People like their freedoms,” says one former senior administration official, “How would you like it if someone said something bad about you and the FBI took a look, didn’t turn up anything, but then decided to keep monitoring you day and night for the rest of your life?”

Murphy says there’s a balance to strike. “You need guidelines for the bureau, I believe in checks and balances,” he says. “But agents say I’m not stepping outside of the box.” He adds: “The guidelines need to evolve and keep pace with the current threat.” 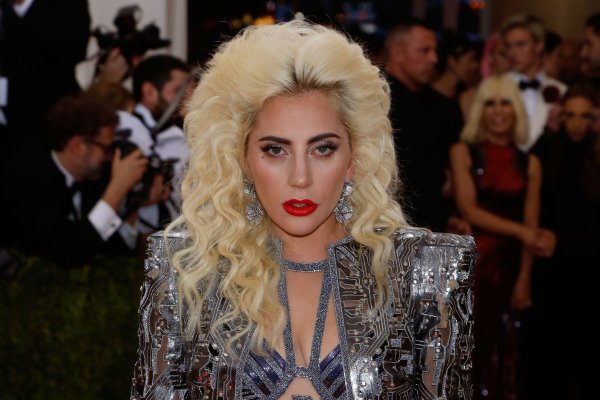