Orlando Shooter Seems to Have Been Conflicted About Sex and Religion

Anyone who would deliberately kill 49 fellow humans was plainly evil. But Omar Mateen also was apparently conflicted. Just how much Mateen’s mind was clouded—both about those he killed, and in whose name he did the killing—is slowly becoming clear.

“People who commit acts like this are mostly confused,” says Dr. Stephen Xenakis, a one-time Army general and psychiatrist who has testified in criminal cases. “There’s a level of distress: how disorganized are they, psychologically, how anxious and impulsive are they, and is there anything we can gather from their history that indicates that in this state of mind they might act violently—and he fits that clinical picture.”

Married to a woman for less than a year in 2009, Mateen also appears to have had a second, later marriage (the couple may have had a son). Yet Mateen frequented gay clubs, and utilized same-sex dating apps, for years both before and after his marriages. Sitora Yusufiy, Mateen’s first wife, told a Brazilian television station through her fiancé on Monday that she believed her former husband had “gay tendencies,” and that his father had called him gay in front of her.

Mateen had visited the Pulse nightclub several times before he carried out his massacre there. “We didn’t really talk to him a lot, but I remember him saying things about his dad at times,” one Pulse regular told the Los Angeles Times. “He told us he had a wife and child.” The Palm Beach Post interviewed a fellow student of Mateen’s in police training in 2006, three years before he married. “We went to a few gay bars with him,” he said. “He just wanted to fit in and no one liked him.”

Mateen would become “really, really drunk,” Ty Smith told the Canadian Press of Mateen’s visits to Pulse. “He couldn’t drink when he was at home—around his wife, or family. His father was really strict … he used to bitch about it.”

Mateen’s father, Seddique Mateen, disputed any notion that his son was gay. “If he was gay,” he asked the Post, “why would he do something like this?”

But Mateen’s ideology was also in flux. Mateen told a 911 dispatcher amid Sunday’s slaughter that he was pledging fealty to the Islamic State, part of Islam’s Sunni branch. But he had known suicide bomber Moner Mohammad Abusalha, who he met at their local mosque in Fort Pierce, Fla. Abusalha was loyal to al Qaeda’s Syrian affiliate known as the Nusra Front, also a Sunni group—and the Islamic State’s key rebel rival vying for power inside that country.

Mateen’s father, from Afghanistan, is a Pashtun, an overwhelmingly Sunni sect. But his son had also voiced support for the Lebanese Shiite Hezbollah organization, which unlike the two Sunni groups, supports Syrian President Bashar Assad. The two main branches of Islam have been at war with one another for generations.

While investigators focus on whether religious zealotry or homophobia (self-hating or otherwise) drove Mateen to kill, it’s likely that some of each played a role. 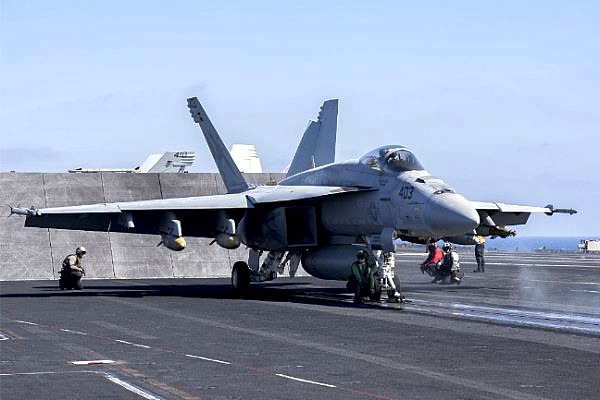 Is There a Smart Military Answer to the Orlando Shooting?
Next Up: Editor's Pick