Everything We Know About the Paris Knife Attacker Inspired By ISIS

A photo taken off Facebook shows an undated photo of Larossi Abballa, 25, who stabbed a policeman repeatedly outside the latter's home in Magnanville, a northwestern suburb of Paris on June 14, 2016.
STR/AFP/Getty Images
By Tara John

A man who killed a French police commander and his partner at their home in the Paris suburb of of Magnanville has been identified by officials as French national Larossi Abballa.

The 25-year-old, who swore allegiance to ISIS during the attack, had a previous terrorism conviction for recruiting fighters for jihad in Pakistan and was killed after elite police squads stormed the residence. Here is what we know about attack and the perpetrator so far:

On Monday evening, police commander Jean-Baptiste Salvaing was confronted by Abballa upon returning home. The 42-year-old first managed to escape from the attacker, who had hidden behind a gate, reports the Guardian. Abballa, who was initially named in unconfirmed reports by AFP and the French media, caught up with Salvaing on the pavement and reportedly shouted “Allahu Akbar,” Arabic for ‘God is Great,’ as he repeatedly knifed the commander in the stomach— killing him.

Abballa then barricaded himself in the slain officer’s home, holding Salvaing’s 36-year-old partner and their three-year-old son hostage. Elite police squads came to the scene, sealing off the area, cutting off electricity and evacuating neighbours. During the three-hour standoff, Abballa said that he was an ISIS soldier, declared allegiance to ISIS’s leader Abu Bakr al-Baghdadi and threatened to kill non-believers as he spoke to the police. He also said that he had deliberately targeted police, reports the Guardian.

To loud explosions and bangs, the police stormed the house and killed the attacker close to midnight. Officials found the woman, a police administrator Reuters identified as Jessica Schneider, dead with knife wounds to her neck. The managed to rescue the couple’s son who was “in shock but unharmed,” says a prosecutor.

Abballa had posted a 12-minute video and photos of his attack on Facebook. According to French journalist David Thomson, the video allegedly showed the attacker filming inside the house with the child seated behind him on a sofa. In the clip, which was posted on Facebook Live, Abballa had purportedly said: “I don’t know yet what I’m going to do with him.” French authorities later confirmed that a video had been posted.

His Facebook account also had videos critical of Saudi Arabia and Israel and has since been deactivated. Thompson says the video is now being examined by the police.

Abballa comes from the suburb Mantes-la-Jolie, is a French citizen of Moroccan descent, with a prior terrorism conviction. He was initially known to the police in 2011 for crimes including violence and theft. In 2013, Abballa and seven other men were sentenced to three years in prison for recruiting fighters for jihad in Pakistan, reports the Guardian.

Speaking to the New York Times, Hervé Denis, a lawyer who represented one of the eight men in the case, says: “At the trial, Abballa seemed like someone who was not dangerous but was rather stupid.” Denis called Aballa a “perfect soldier” who was “very determined.”

He was released from prison in September 2013 after serving most of his sentence on remand. The state prosecutor said Abballa was under surveillance for two years and was being monitored this year as part of a investigation into a French citizen who had recently left for Syria. Although his phone was tapped, the prosecutor said Abballa’s line had not given any indication to suggest that he was preparing for a violent act.

According to AP, police raids of Abballa’s home turned up a list of “rappers, journalists, police officers and public personalities.” A neighbor told AP that he had lived there with his parents and at least one sister. Henriette Yenge, who works at an association on the same street as Abballa’s apartment building, told AP: “He was a neighborhood kid. I was surprised it was him. It’s sad to see things like that.”

Did he have links to ISIS?

The Amaq News Agency—usually the first publisher of claims by the group, despite not being linked to ISIS’s media apparatus — announced that an ISIS fighter carried out the Monday attack in Paris. If officially confirmed by ISIS, this will be the first militant attack in France since last November. Speaking to AP, Prosecutor’s office spokeswoman Agnes Thibault-Lecuivre says there is “no reason” why French authorities should doubt the claim that an ISIS fighter carried out the attack.

The Facebook account that was alleged to have belonged to Abballa had a post announcing his “success” in killing a police officer at his home, claiming that the brothers in Sham [Isis territories]” were in contact with him. “I declare loudly and strongly my allegiance to the Emir Abu Bakr al-Baghdadi” writes the post, according to the Independent. “I have responded to the call of Sheikh Abu Muhammad al-Adnani.” It also urges Facebook followers to create a “month of calamity for infidels.”

French President Francois Hollande described the killings as “undeniably a terrorist attack,” saying that “France is confronted by an extremely high terrorist threat.” 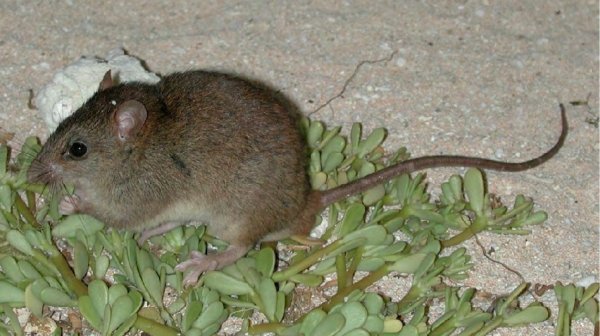