This Man Was Sectioned in China for Being Gay. Now He's Fighting Back.

Last October, a man surnamed Yu planned to get a divorce from his wife of 10 years. Given China’s burgeoning divorce rate, the split wasn’t unusual. But on the the day the 37-year-old planned to sign his divorce papers, he was taken by his wife and family to a mental hospital to undergo so-called “conversion therapy” for a “sexual preference disorder.” Earlier, he had admitted to his family that he is gay. For 19 days, Yu alleges, medical staff lashed him to a bed and force-fed him drugs. Nurses, he says, beat him.

Now, Yu is suing the Zhumadian No. 2 People’s Hospital in China’s central Henan province for limiting his personal liberty and inflicting emotional distress. He wants 10,000 yuan, or roughly $1,550, in compensation — and a written apology from the hospital. On June 13, Yu’s case was accepted by a local court in Zhumadian city. “He suffered a lot in the mental hospital, physically and mentally,” Yu’s lawyer Huang Rui tells TIME. “He told me that several men took off all his clothes and laughed, ‘we heard you are gay, let’s see whether you are a man or a woman.’” A doctor who answered the phone at the No. 2 People’s Hospital told TIME she knew nothing about the case and refused to answer further questions.

Yu was rescued from the hospital by his long-term boyfriend, surnamed Li, who had contacted LGBT groups and the local police for advice. After receiving a rushed phone call from Yu on Oct. 8 saying he was being forcibly admitted to a mental hospital, Li canvassed dozens of local clinics trying to find Yu. When Li finally located the right hospital, he says a doctor told him no one could visit Yu except for his wife. “His wife couldn’t accept the truth [about his sexual preference],” Li tells TIME. “They had two kids.”

Until 2001, homosexuality was officially classified as a mental illness in China. Chinese clinics still offer electric-shock and hypnotherapy “cures” as a way to compel LGBT Chinese to take on heterosexual lifestyles — despite such traumatic treatments having no basis in scientific fact. Same-sex couples cannot legally wed in China, and one gay couple’s effort to challenge the marriage ban was rebuffed in April by a court in the central Chinese city of Changsha. Earlier this year, PFLAG China, a local LGBT group, started a social-media campaign encouraging gay Chinese not to enter into sham heterosexual marriages to please their families. Such unions still common in a country where homophobia prevails.

On June 13, 109 Chinese LGBT groups issued a joint statement expressing solidarity with the victims of the Orlando gay nightclub massacre. Chinese state media wrote articles about the groups’ statement of sympathy — which included a reference to widespread discrimination against LGBT individuals in China, including conversion therapy. Yet these same LGBT organizations are often subjected to official harassment. And Chinese mental hospitals have long served as dumping grounds for everyone from gay youth to political dissidents — even if such forced stays are against the law.

“The personal freedom of Chinese citizens is protected by law and cannot be infringed upon by hospitals or one’s family members,” says Yu’s lawyer Huang, who notes that several defendants have in recent years won cases connected to their illegal detentions in mental hospitals.

Yu’s case is not the first filed against a Chinese hospital for purporting that controversial treatments will somehow “cure” homosexuality. In 2014, a Chinese man sued a clinic that offered conversion therapy for false advertising. But that defendant, who was eventually awarded around $550 in compensation by a Beijing court, had voluntarily submitted to the clinic’s recommendations, which included an expensive round of electric shocks.

Yu, by contrast, says he was kidnapped and treated against his will. He and his boyfriend have since fled to elsewhere in China, for fear that Yu might get thrown again in a mental hospital if they stay in Zhumadian. Despite being far from home, he suffers nightmares. And Yu and his wife are still officially married. He never got to sign those divorce papers. 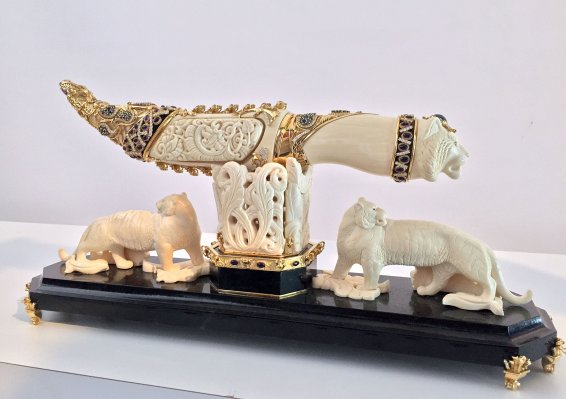