A Dutch tourist, convicted by a Qatari court of having extramarital sex after she reported being drugged and raped in Doha, is to be deported to the Netherlands.

The 22-year-old woman, who was on vacation in the Gulf state, has spent the past three months in custody after first notifying local police of the alleged attack in March, the Guardian reports.

After a court found her guilty of adultery Monday, the woman was given a one-year suspended prison sentence and fined 3,000 riyal ($825). Her alleged attacker, a Syrian man, was convicted of extramarital sex and drinking alcohol and sentenced to 144 lashes.

The woman told police that she had been drugged and assaulted following a night out at the Crystal Lounge in the W Doha Hotel, according to the Guardian. Her accused attacker admitted to having sex with her, but claimed it was consensual, and that she had gone to police following a row.

“This is the news I have been waiting for for days,” the woman’s mother told Dutch national broadcaster NOS. “I haven’t slept for nights, but I’m very happy.”

The Dutch ambassador to Qatar, Yvette Burghgraef-van Eechoud, said they would “do everything to get her out of the country as soon as possible.” 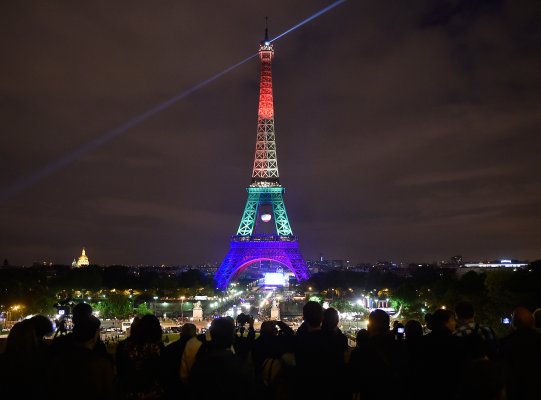 Eiffel Tower Lights Up in Honor of Orlando Shooting Victims
Next Up: Editor's Pick