Lights from police vehicles light up the scene in front of the Pulse club in Orlando, Florida on June 12, 2016.
Mandel Ngan—AFP/Getty Images
By Sarah Begley

The Orlando Police Department (OPD) has released the names of the officers involved in a shootout with the Omar Mateen, 29, who attacked Pulse Nightclub on Sunday morning.

The first to engage the shooter was Officer Adam Gruler, a member of OPD since 2001. He was working “extra duty” (working for the nightclub as a police officer; OPD allows off-duty officers to supplement their income with private security work in this way). He exchanged shots with the shooter, who then moved farther into the club. 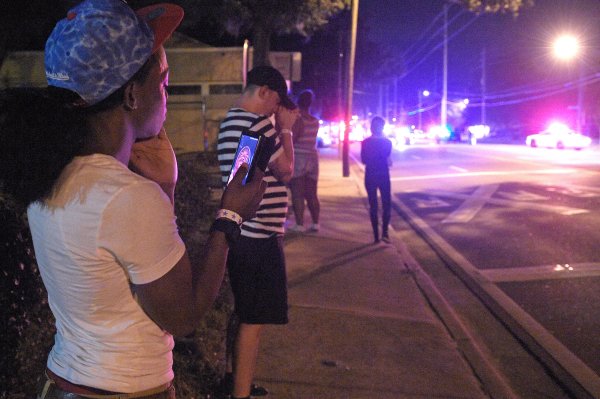 See Chilling Snapchat Video From the Orlando Nightclub Shooting
Next Up: Editor's Pick