“Based on the incredibly inaccurate coverage and reporting of the record setting Trump campaign, we are hereby revoking the press credentials of the phony and dishonest Washington Post,” he wrote in a Facebook post.

The Post’s executive editor Martin Baron said in a statement, “Donald Trump’s decision to revoke The Washington Post’s press credentials is nothing less than a repudiation of the role of a free and independent press. When coverage doesn’t correspond to what the candidate wants it to be, then a news organization is banished. The Post will continue to cover Donald Trump as it has all along—honorably, honestly, accurately, energetically, and unflinchingly. We’re proud of our coverage, and we’re going to keep at it.”

The decision is one in a series by Trump that have barred reporters from covering campaign events if he and his team see the outlet as “unfair” or critical of him.

In July, a reporter for the Des Moines Register was prevented from attending a campaign event after the paper ran a critical editorial about Trump. In October, journalists from Univision (whose anchor Jorge Ramos famously sparred with Trump) were kept out of an event in Florida. In November, a CNN reporter said campaign manager Corey Lewandowski told him he’d be “blacklisted” if he didn’t get back inside of a media pen at an event. A day later, a Buzzfeed reporter was denied access to an event. In January, a New York Times reporter was asked to leave an event (while other members of the press were allowed to stay). And in March, a Politico reporter was not permitted to attend a press conference at Trump’s Mar-a-Lago club.

It’s also not the first time Trump has taken aim at the Washington Post and its owner, Amazon founder Jeff Bezos. In a series of Tweets in December, Trump said, among other things, “The @washingtonpost, which loses a fortune, is owned by @JeffBezos for purposes of keeping taxes down at his no profit company, @amazon.” Bezos responded to the attack lightheartedly.

In a December interview, TIME asked Trump, “Could you assure that even news outlets that you feel are being very unfair to you will continue to have their credentials at the White House if you’re elected President?” He replied, “Oh yeah, I would do that. It doesn’t mean I’d be nice to them. I tend to do what I do. If people aren’t treating me right, I don’t treat them right.” 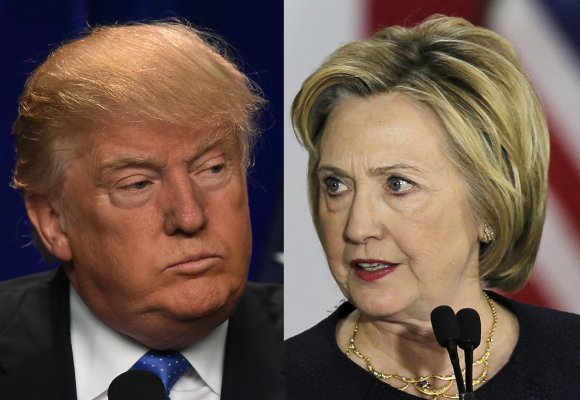 Clinton and Trump Clash on Orlando Shooting
Next Up: Editor's Pick