Microsoft Just Unveiled the Next Xbox and It's a Monster

An attendee uses a mobile device to take a photograph before the Microsoft Corp. Xbox event ahead of the E3 Electronic Entertainment Expo in Los Angeles, California, U.S., on Monday, June 13, 2016.
Bloomberg—Bloomberg via Getty Images
By Matt Peckham

We weren’t sure we’d see it at Microsoft’s E3 presser, but the company’s “one more thing” turns out to be the long-rumored Project Scorpio. It’s officially the next Xbox, and it sounds like a beast. Call it Microsoft’s mic drop to Sony, whose PlayStation conference airs later tonight.

Xbox honcho Phil Spencer dropped the bomb as the show closed, teasing a console with 8 CPU cores, 320 GB per second of memory bandwidth and 6 teraflops of GPU power. By contrast, the PlayStation 4 boasts 1.84 teraflops, while the Xbox One has just 1.31. Industry bigwigs quoted in the reel called it “The most powerful graphics processor in a game console to date,” “The highest quality [uncompressed] pixels anyone’s seen” and “The ‘We heard you console.'”

Calling it a “monster,” Spencer says it’s meant to facilitate true 4K resolution gaming, high-fidelity virtual reality, and reassured that all future games will play on all three Xbox consoles. The company announced the Xbox One S, a slimline version of the original Xbox One earlier in the show.

Looks for it next year, and Spencer said Microsoft announced it today “to give developers and partners time to take advantage of the capability now.” 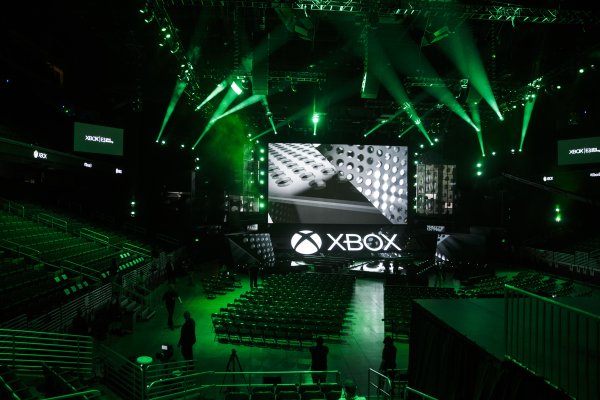 Now Xbox Will Let Players Pay Once for 2 Platforms
Next Up: Editor's Pick