Apple Says it's Fixing the Biggest Problem With the Apple Watch

Apple’s smartwatch could be about to deliver on the promises on which it has yet to deliver.

That’s the takeaway from the Apple Watch segment of the Cupertino, Calif. company’s Monday keynote at its annual developer’s conference.

Most crucially, Apple executives said the next version of the device’s software, dubbed WatchOS 3, would dramatically increase apps’ loading time. “In watchOS 3, your favorite apps should respond instantly,” said Apple VP of Technology Kevin Lynch, who showed off a demo of the quicker loading times to applause from the developer-heavy crowd.

If the upgrade works as advertised, it will address one of the most commonly heard complaints about the Apple Watch, which launched to great fanfare just over a year ago. Apps, particularly those made by outside developers, can be painfully slow to use on the wearable gadget. The quicker speeds should be felt across the device, on both native and third-party apps, says Apple.

Other upcoming Apple Watch upgrades include a new iPhone-like control center and slicker navigation options, new watch faces, and an SOS feature for emergency situations. The device’s health and fitness features are getting new abilities as well, including specially-designed features for wheelchair-bound users, a deep-breathing exercise guide, and a competition board that displays your friends’ activity levels alongside your own, a prominent feature of rival wearables like Fitbit’s offerings.

When these changes roll out this fall, Apple’s next challenge will be convincing skeptical buyers that they should give the Apple Watch another chance. While Apple has yet to share precise Apple Watch sales figures, outside estimates hover in the 3 million per quarter range. While nothing to sneeze at, that figure is underwhelming for a company that has sold upwards of 50 million iPhone units in a given quarter. 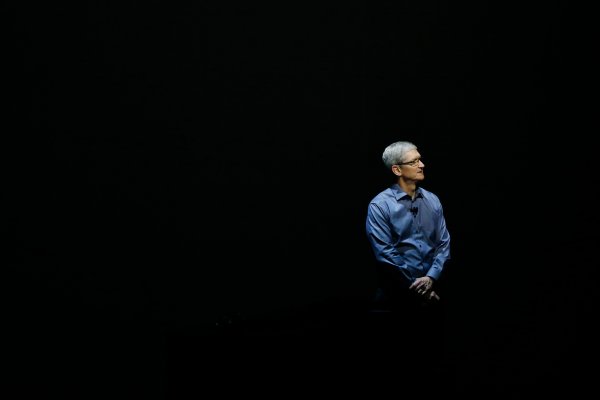 Apple CEO: Orlando Is 'Unconscionable Act of Terrorism'
Next Up: Editor's Pick