Sandy Hook Parents on Orlando Shooting: I'm Sorry Our Tragedy 'Wasn't Enough to Save Your Loved Ones'

The parents of a child who was killed in the Sandy Hook Elementary School shooting have written an emotional response to the families of the Orlando nightclub victims.

“I am sorry that our tragedy here in Sandy Hook wasn’t enough to save your loved ones,” Jimmy Greene and Nelba Márquez-Greene wrote on a Facebook page commemorating their 6-year-old daughter, Ana Márquez-Greene, who died in the 2012 mass shooting at her school. Márquez-Greene founded The Ana Grace Project in memory of her daughter to prevent violence and promote recovery.

“Don’t you dare even listen to even ONE person who may insinuate that somehow this is your loved ones fault because they were gay or any other reason,” Greene and Márquez-Greene wrote on Facebook. “Nor is it God’s wrath…They did that to us on Sandy Hook- too. And it broke my heart.”

The Orlando nightclub attack, in which 49 victims were killed, was the deadliest mass shooting in U.S. history.

Greene and Márquez-Greene encouraged people to bring up the issue of gun violence in a house of worship or community group and to call police if they believe anyone may be on the verge of committing an attack.

“Let’s be more than bystanders. Let’s save lives,” Greene and Márquez-Greene wrote. 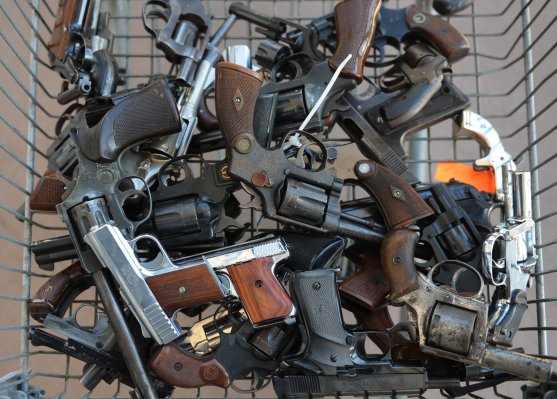 Concealed Handguns Not Covered by Second Amendment: Court
Next Up: Editor's Pick