Producer Jeffrey Seller (C) accepts the Tony award for Best Musical for "Hamilton" onstage with his cast and creative team during the 70th Annual Tony Awards at The Beacon Theatre on June 12, 2016 in New York City.
Kevin Mazur—Getty Images for Tony Awards Productions
By Richard Zoglin

It was hardly a surprise that Sunday night’s Tony awards show was pretty much devoid of surprises. Start to finish, it was a Hamilton lovefest: from the cast’s rapping introduction of host James Corden, through Lin-Manuel Miranda’s rhyming acceptance speeches, to the big finale, as the show’s cast returned for yet another number to accompany the closing credits. Good thing Waitress didn’t win; that might have been awkward.

But Hamilton did win, nearly everything. The “nearly,” in fact, was the evening’s most notable news. Hamilton snagged a total of 11 Tony awards, including Best Musical, but just missed the record of 12 set by The Producers in 2001. Reason for the shortfall: Phillipa Soo was passed over in the best actress category for The Color Purple’s Cynthia Erivo, and a pesky little scenic design award went to She Loves Me.

Those hiccups aside, the Hamiltonys were a perfect capstone to what may be the most extraordinary opening year for any Broadway show of modern times. To be sure, there have been some mammoth hits and impossible tickets over the past few years, from The Lion King to The Book of Mormon. But nothing has quite matched the mix of critical acclaim, cultural impact and box-office frenzy wrought by Lin-Manuel Miranda’s hip-hop take on the most misunderstood Founding Father. Demand for Hamilton tickets is so off the charts that the show’s producers just raised the price of premium seats (a block of prime orchestra seats set aside for high rollers) to an unheard of $849, in an effort to thwart scalpers, who often charge much more.

The degree to which Hamilton has seeped into the national consciousness is in some ways puzzling. Since the show began performances on Broadway 11 months ago, the number of people who have actually seen it amounts to no more than 500,000 — less than a tenth of the audience for a single episode of Game of Thrones or Mike and Molly. And yet people from Peoria to Portland seem transfixed by it. When I went back to see the show on Broadway for a second time a few weeks ago, the audience reaction had ratcheted up by an order of magnitude: almost every actor’s first entrance was greeted by an eruption of applause — the kind of reaction Fonzie used to get each time he stepped in front of the studio audience on Happy Days.

Much of the credit, of course, goes to the popularity of the soundtrack album, which has introduced the show to millions who will never see it on Broadway. The predominantly hip-hop score, moreover, has captivated an audience much younger than the usual cadre of Broadway theatergoers — without alienating the oldsters, who are probably relieved to encounter rap songs that they can actually listen to without a censoring button.

The buzz over Hamilton is also a reflection of the enormous success Broadway has had over the past few years in marketing itself to the rest of the country. An art form that once seemed on the verge of irrelevance — elitist, expensive, confined to a single city, appealing to an older, culturally homogeneous audience — has managed to carve an outsize role for itself in the cultural conversation. It may not be the mainstream force it was when Arthur Miller, Tennessee Williams and Rodgers & Hammerstein were household names. But Broadway still has cachet: tourists plan trips around it; Hollywood stars more than ever seem drawn to it. (Bruce Willis, Jennifer Hudson and Oscar-winner Lupita Nyong’o were among those who helped goose the box office this season.)

Often overlooked, too, is the visibility Broadway is getting on TV’s late-night talk shows. After so many years when the LA-based Johnny Carson and Jay Leno dominated the booking wars, three of the five network late-night hosts — the Tonight Show’s Jimmy Fallon, CBS’s Stephen Colbert and NBC’s Seth Meyers — are now based in New York and often draw on Broadway shows for celebrity guests and musical numbers. Not since the Ed Sullivan Show has TV given Broadway such a consistent promotional boost.

Then there’s the Tony show itself, the biggest and best commercial for Broadway ever devised. This year’s show, with a smooth hosting job by Corden and a bounty of well-staged musical numbers (along with some tastefully sober reminders of the tragedy in Orlando earlier in the day) was one of the most slickly produced and entertaining yet. Not too many years ago CBS was thinking of canceling the low-rated show, letting it drift into the wilderness of cable. The network stuck with it, but issued strict orders that the show not run even a minute past 11 p.m. Eastern time, so as not to cut into the local news.

This year the show ran 20 minutes long, and CBS didn’t seem to mind. Nobody messes with Hamilton. 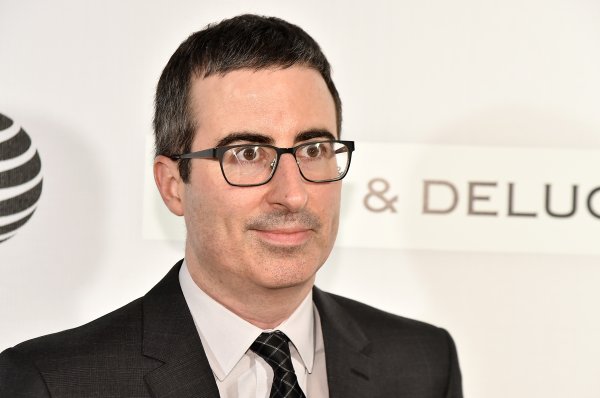 John Oliver Invests Time In Your Retirement on Last Week Tonight
Next Up: Editor's Pick