There Are 4 Tony Awards for Acting in a Musical. Black Actors Won All 4

The Academy Awards frequently get slammed for a lack of diversity, with most acting nominations going to white performers. But on the East Coast, the Tony Awards painted a different picture Sunday night.

“Think of tonight’s show as like the Oscars, but with diversity,” host James Corden said at the beginning of the night, and the joke proved true: In each acting category for musicals, a black performer took home the trophy.

Leslie Odom, Jr., Daveed Diggs and Renée Elise Goldsberry each took home acting awards for their work in the acclaimed musical Hamilton, while Cynthia Erivo won for her performance in the revival of The Color Purple.

In a tweet on Sunday night, the producers of the Tony’s confirmed it was the first time this had occurred in the award show’s history. As the cast of Hamilton would put it, how lucky we are to be alive right now. 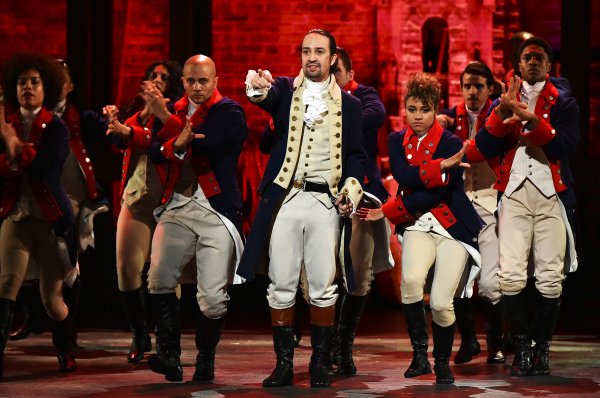 The Best Moments From the 2016 Tony Awards
Next Up: Editor's Pick