What We Know About Pulse Nightclub, Site of the Deadly Orlando Shooting

Pulse Nightclub, the site what is now the deadliest shooting in U.S. history, is one of Orlando’s most popular gay clubs with a “hip dance club” vibe, go-go dancers, and drag performers floating throughout its parties.

The club, however, meant much more than a fun place to spend a Saturday night to one of its owners. Barbara Poma, a co-owner of the club, established the venue in honor of her brother, John, who died of AIDS.

“It was important to create an atmosphere that embraced the gay lifestyle with décor that would make John proud. Most importantly, [we] coined the name Pulse for John’s heartbeat — as a club that is John’s inspiration, where he is kept alive in the eyes of his friends and family,” a description of the club reads, according to USA Today.

Reviews of Pulse reveal a typical party scene — tight dance floors and a fun atmosphere. “Aside from the DJ playing always modern and upbeat music, the bar’s staff is one of the key draws to Pulse,” one Yelp reviewer said.

The suspected shooter’s father said his son, Omar Mateen, was not motivated by religion. His father instead says his son was angered by the sight of two men kissing during a trip to Miami. “We are saying we are apologizing for the whole incident. We weren’t aware of any action he is taking. We are in shock like the whole country,” Mir Seddique told NBC News. 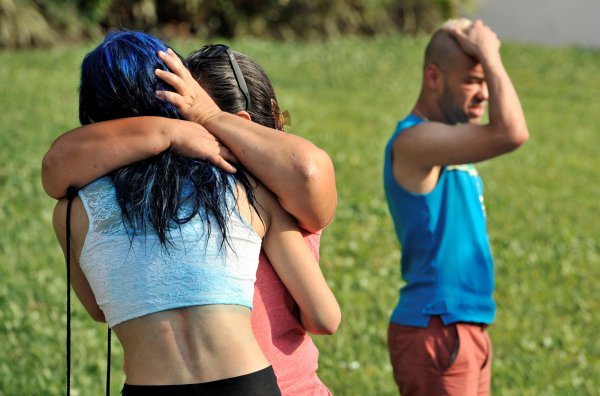 'There Was Blood, Blood Everywhere': Witness Describes Chaos of Orlando Shooting
Next Up: Editor's Pick