“When Donald Trump says, ‘Let’s make America great again,’ that is code for ‘let’s take America backward.’ Back to a time when opportunity and dignity were reserved for some, not all. Back to the days when abortion was illegal, women had far fewer options, and life for too many women and girls was limited,” she said.

Here are her full remarks from the Planned Parenthood Action Fund membership event in Washington, D.C.: 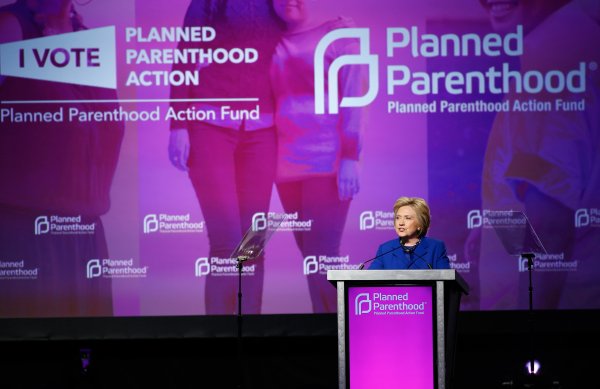 Clinton Puts Women's Issues Front and Center in Speech
Next Up: Editor's Pick