Protesters at a evangelical Christian conference challenged Donald Trump over his opposition to allowing Syrian refugees to enter the United States.

Speaking at the Faith and Freedom Coalition’s Road to Majority conference in Washington Friday, the presumptive Republican nominee said that he would not allow any more refugees to enter the United States even as a group of protesters chanted “refugees are welcome here” and urged the crowd to “drop Trump.”

As the protesters were removed, the crowd chanted “USA! USA! USA!” to drown them out.

In November, Clinton called for expanding the number of Syrian refugees accepted into the United States from 10,000 to 65,000, arguing that the country has “always welcomed immigrants and refugees” while saying they should be “carefully vetted.” Trump has repeatedly said the U.S. should not accept Syrian refugees, even children, arguing they could be a “Trojan horse.” 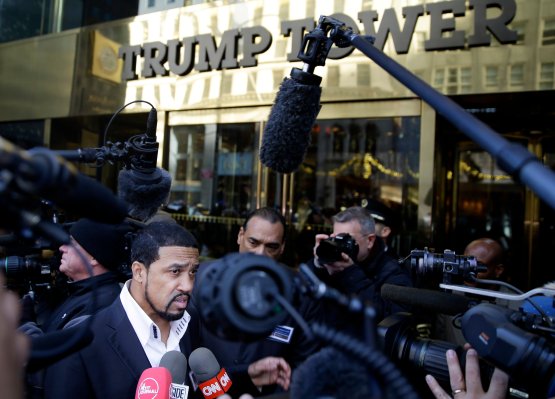