Twelve-year-old Grace VanderWaal told the America’s Got Talent judges that her friends didn’t even know she sings. But after her knockout performance on the TV talent show, you can bet they do now: the video of her song has been watched almost 80 million times.

Simon Cowell compared the young star-in-the-making to Taylor Swift, and it turns out that VanderWaal is a fan.

“The only word I could I think of is ‘honored,'” she told Entertainment Weekly of the comparison. “I obviously want to be my own person and be original, but I think that’s not what he meant. I think he meant the success. Everyone knows who Taylor Swift is. She’s extremely successful as a singer/songwriter and to be compared to that is just unbelievable.” VanderWaal said she was a “hardcore” Swift fan when she was back in her “country” days.

Her other favorite artists include Katy Perry and the band Twenty-One Pilots, from whom she learned some of the chords for the original song she wrote for her TV debut.

EW also reports that VanderWaal had never done a major show before; her only experience was singing in small coffee shops. You can watch VanderWaal next during the live shows, which are set for August. 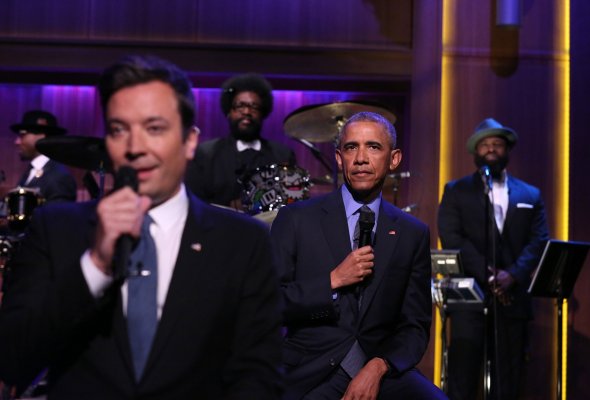 President Obama on The Tonight Show Proved He's Different from Donald Trump and Hillary Clinton
Next Up: Editor's Pick