Massachusetts Sen. Elizabeth Warren berated presumptive Republican nominee Donald Trump and the rest of his party in a speech on Thursday—the same day she endorsed Hillary Clinton for president.

Speaking at the national convention for the American Constitution Society, Warren linked Trump’s recent remarks about Judge Gonzalo Curiel to the refusal by Senate Republicans to hold confirmation hearings for Supreme Court nominee Merrick Garland. “Donald Trump chose racism as his weapon, but his aim is exactly the same as the rest of the Republicans. Pound the courts into submission to the rich and powerful,” she said. “Trump isn’t a different kind of candidate. He’s a Mitch McConnell kind of candidate.”

Here are Warren’s full remarks from the event in Washington D.C.: 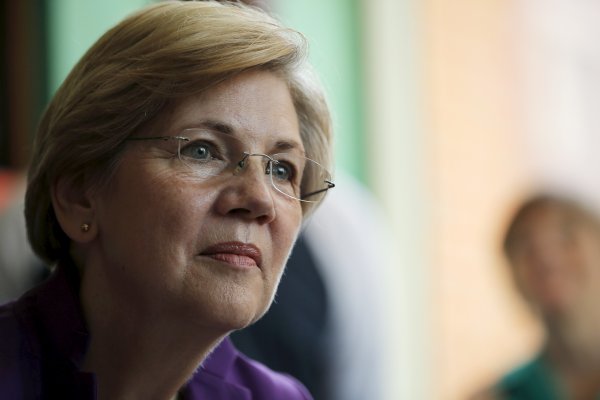 Elizabeth Warren Has Endorsed Hillary Clinton for President
Next Up: Editor's Pick