Before Ned Stark was brutally beheaded in the ninth episode of Game of Thrones‘ first season, there was a glorious period of time when the deaths of side characters still came as a surprise. One of these characters was Syrio Forel, the beloved “dancing” master of Arya Stark who was (supposedly) killed offscreen by Ser Meryn Trant while defending Arya from Lannister guards in King’s Landing. Or was he?

Thanks to a new promo shot from HBO for the sixth season’s upcoming eighth episode, fans have begun to speculate that the First Sword of Braavos will soon be making a reappearance. The image in question shows the Waif — who was last seen attempting to stab Arya to death — standing on a staircase with the silhouette of a man behind her, a silhouette that happens to bear a strong resemblance to Arya’s former teacher.

Not to mention that Miltos Yerolemou — the actor who played Syrio — replied to a fan who tweeted the still with a set of emojis that seems to indicate the man is indeed him.

If you’re still not convinced, there’s also the fact that Yerolemou appeared on Sunday’s installment of Thronecast — the U.K.’s post-episode show — and revealed that his character has a strong relationship with the House of Black and White, the home of the Faceless Men. 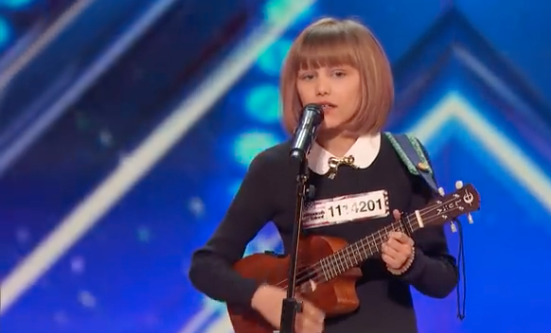 12-Year-Old 'America's Got Talent' Star Is 'Honored' to Be Compared to Taylor Swift
Next Up: Editor's Pick