Sony is planning to release an upgraded version of the PlayStation 4 codenamed “Neo,” according to the company’s CEO. But the new device won’t be unveiled at E3, the gaming industry’s upcoming mega-tradeshow.

President and global CEO of Sony Interactive Entertainment Andrew House told the Financial Times that the “high-end PS4” will also be more expensive than the company’s current $350 offering. The PlayStation 4 launched in November 2013 at $400.

The revelation comes after months of rumors that Sony was working on a more powerful console, intended to offer better graphics as well as support for 4K televisions. In a rare, rumor-to-actuality convergence, House confirmed the console is indeed nicknamed “Neo.” He said it is aimed at enthusiast gamers or anyone looking to consume 4K content.

Both the current and new versions are intended to exist in tandem, said House, with the extra development expense for software developers being “small but manageable.” Both versions will support the forthcoming PlayStation VR headset, due this October. House said the company expects to sell both consoles “through the life cycle.”

House assured the Times interoperability wouldn’t be an issue. “All games will support the standard PS4 and we anticipate all or a very large majority of games will also support the high-end PS4,” said House. If 4K support or visual upgrades aren’t of interest, Sony is saying existing PlayStation 4 owners won’t miss out, software-wise.

Why not show Neo off at the sprawling E3 game show in Los Angeles next week? House said it’s because Sony wants “to ensure we have a full range of the best experiences on the new system that we can showcase in their entirety.” It’s also possible the company’s saving a formal unveiling for Europe’s analogous game show, Gamescom, in mid-August. 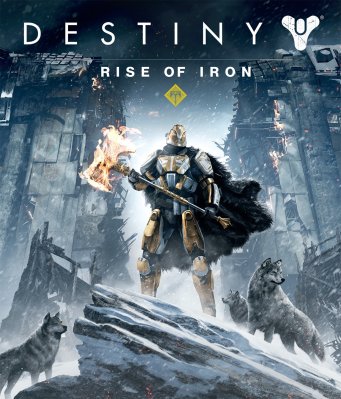 Here's Everything We Know About the 'Destiny: Rise of Iron' Expansion
Next Up: Editor's Pick