Researchers in Iceland found a new way of tackling climate change by pumping carbon dioxide underground and turning it into stone.

Other carbon capture and storage (CCS) methods store CO2 as a gas, but problems include a high cost and concern about leakage. This new method of burying CO2 and turning it into stone is cheaper and more secure, the Guardian reports.

To turn C02 to stone, researchers with the Carbfix project pumped the gas into volcanic rock and sped up the natural process in which basalts react with gas and form carbonate minerals. The gas turned into solid in just two years—much faster than the hundreds or thousands of years researchers had predicted.

The research took place at Iceland’s Hellisheidi power plant, the largest geothermal facility in the world. Already, the project in Iceland has been increased in scale to bury 10,000 tons of CO2 each year.

One potential difficulty is that for each ton of CO2 buried, the technique requires 25 tons of water. However, Juerg Matter of the University of Southampton in the U.K., who led the research, said seawater could be used. 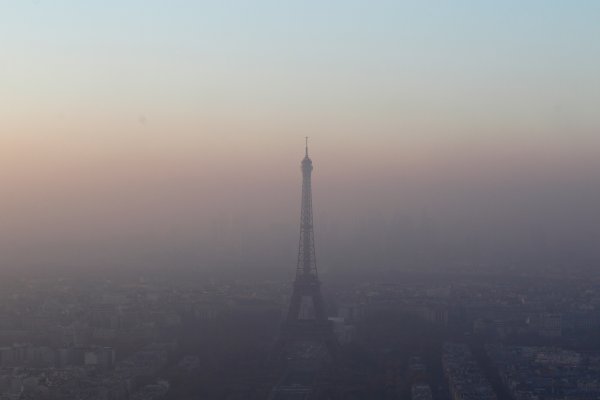 Paris Addresses Air Pollution With Ban on Old Cars
Next Up: Editor's Pick