Mahathir Mohamad on Malaysian Prime Minister Najib Razak: 'He Should Step Down'

As Malaysia’s Prime Minister for 22 years till 2003, Mahathir Mohamad was a giant of Asia. At home, he transformed his multiracial and multireligious country from sleepy commodity exporter into buzzing manufacturing powerhouse. Abroad, Mahathir spoke up for a region that he believed was too under the sway of the West. During the Asian financial crisis in the late 1990s, Mahathir famously defied the International Monetary Fund by imposing capital controls, an unorthodox move that enabled Malaysia to recover faster than its neighbors. Today, Malaysia is a linchpin in the U.S.’s Trans-Pacific Partnership trade agreement.

Though he turns 91 on July 10, Mahathir — a doctor by training who was a forceful, hardheaded, patriarchal leader — is not living the quiet life. Instead, he helms a “citizens’ movement,” which even includes former foes jailed during his rule, to oust Najib Razak, Malaysia’s current PM. Najib, himself the son of Malaysia’s second Prime Minister, the widely respected Abdul Razak, is engulfed in a case involving a sovereign investment fund called 1Malaysia Development Berhad (1MDB). The Wall Street Journal reported that at least $1 billion was transferred to Najib’s accounts from 1MDB. Mahathir and his allies say the PM should resign; seven foreign governments are investigating 1MDB’s international money flows. Najib says the cash came from Saudi royalty as a political donation to the nation, and that he did not use it for personal use; the local authorities have cleared Najib of any impropriety, but have cracked down on many of his critics in recent months under security laws. (Najib’s office did not respond to a request by TIME for an interview.)

TIME Asia Editor Zoher Abdoolcarim spoke to Mahathir on June 2 about Najib and the scandal that has transfixed a nation, as well as about Islam, China — and how he stays so healthy. Excerpts:

You are not sitting back and enjoying your children and grandchildren—you have re-entered the political fray. Why?
I have no official position — I am a retiree. But people came to see me about how bad the Prime Minister is, [that] he has done many wrong things. They kept on asking me, “Please do something, please do something.” They could have gone to other people. But they think that other people would not be able to do anything, because they were afraid. I am afraid too. But after many people had seen me, I decided that I would come out in the open and state my position as being opposed to [Najib] and I began to publicly criticize him. His administration takes actions that are very oppressive. We are seeing a very repressive government. I tried to talk to the Prime Minister but, unfortunately, he does not [heed] my views.

When the Prime Minister took office in 2009, a lot of people were saying that he would be liberal. What happened?
He [believes that] he can sustain his popularity and remain Prime Minister with money. Because of that, he has to find some source of money. Our belief is that he created this so-called sovereign fund so he can somehow make use of that money in order to ensure that he gets support from party members and from other people.

But money politics has long been an issue in Malaysia. Why is the 1MDB scandal any different?
This involves actions that are very damaging to the government … A Prime Minister who does this kind of thing is not qualified to be Prime Minister. He has become a kind of dictator. He should step down.

Najib was in some ways your protégé.
We expected Najib, the son of a previous hero, a very iconic figure — we thought he would be the same as his father. But he’s totally different. He has this belief that cash is king, [that] if you have money, you can do anything, [that] you don’t have to be popular by serving, you don’t have to bother with serving, or with good governance, developing the country. All you have to do is have money, big sums of money, and buy support … I [once] supported Najib; [now he] is giving me a headache.

Some of the executive powers now stem from your time — you consolidated executive power, you took more powers unto yourself.
All leaders must have some power. Without power, you can’t be a leader. And the power given to the Prime Minister is adequate if he wants to do something that is needed, something that is good. What we are seeing is that the same power that I had when I was able to make decisions that were beneficial for the country, that power is being abused.

A hudud bill, calling for harsher punishments for Malaysian Muslims for violating Sharia, has been fast-tracked by Najib’s party in Parliament. Yet Malaysia’s international reputation is that it is a moderate Muslim nation that can be a model for religious and racial harmony.
The hudud laws they want to pass and implement are actually against the teachings of Islam. The Quran [says] when you judge, judge with justice. Justice is the most important thing. In a plural society like Malaysia, you cannot have two laws — one law for the Muslim, one law for the non-Muslim. If a Muslim and a non-Muslim thief steal, you cut off the Muslim’s hand, and the non-Muslim gets two months’ jail. Is that justice? Obviously it is not justice. If it is not justice, it is not Islamic.

They were not able to make any progress with their hudud laws during my time. I didn’t tell them that this Islam is out of date or anything like that. I said Islam stresses justice, and what you are doing is to create injustice, therefore it is wrong. But when I stepped down, they brought it up again. Hudud is man-made; it’s political, it is just meant to show that you are very Islamic … Today, Muslims are in a lot of turmoil, and it’s not because of Islam. It is because they reject Islam.

ISIS is now concentrating on the Middle East, but things may happen in Indonesia, with a big Muslim population, the southern Philippines, and of course in Malaysia, because there are a lot of young Malay Muslims, particularly young Malay men, going to the Middle East. Do you worry that ISIS can be planted in Malaysia?
The problem with the West is they don’t go to the root cause of the terrorism in the Middle East. Before there was no terrorism, but they created the state of Israel, and then they defended Israel against all kinds of things Israel does. Even when the Israelis commit crimes, the West support [them]. And every time the Palestinians and their supporters try to act against Israel, they get no support — they have no means. So they resort to what they can do, and what they can do is what we call terrorism. Now we have ISIS. I believe that the degree of terrorism will increase over time, not because of religion, but because of a sense of frustration over the wrongdoings of the West against Muslim communities. The West only talks about how you can militarily defeat the terrorists, but terrorists are very difficult to defeat, because they can appear anywhere.

But what about the bigger, wealthier Arab nations? Don’t they have a responsibility to moderate Muslim youth? Don’t they have a responsibility to promote development?
They are obviously not doing enough in Saudi Arabia and places around it, with [their] Wahhabism, which is a problem for other countries. At the same time, when you go against terrorists, you become the target; you don’t say anything against them, because then you become a target. So these people, they say, “O.K., you are doing these things, but don’t come to our country.” That’s all they do. They have a lot of money, and if you have too much money, you become spoiled. It’s easy to build buildings and develop the physical appearance of development, but to take on the terrorists requires a lot of skill and sacrifice. If you look at these countries, all the work is being done by foreigners. They only spend the money. [Their] culture is not compatible with the modern world.

What do you think is the biggest challenge East Asia faces?
The resurgence and power of China. We have to live with China. But the Western idea is that if you see somebody coming up, you must stop him. You must block him. The U.S. is preaching the idea of confrontation. The Chinese will strengthen their military capability; that is what they are doing. I was in Japan recently. I told the Japanese, If you have an overlapping claim, try negotiation, don’t try to fight. It’s not worthwhile. You may win a war, you may lose a war, but the cost of war is horrendous.

You’ve had two heart-bypass operations, and you will be 91 on July 10. What is the secret of your energy?
[Giggling] I don’t know, frankly. Doctors look after me. But, basically, I look after myself. I don’t overeat. I don’t develop a big paunch. I do a little bit of exercise. At the same time, I believe that if you don’t work, you will decay. The decay process is through not using your faculties — not using your brain, not using your body. Then you become old very quickly, and decrepit. Of course, in the end, we all die. 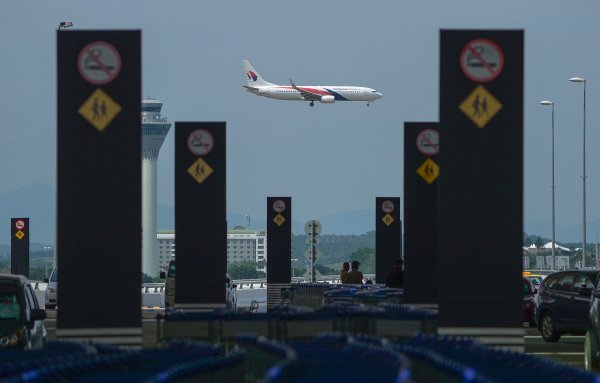