Obama on Trump: 'Orange Is Not the New Black'

President Barack Obama, appearing Thursday on a much hyped episode of The Tonight Show Starring Jimmy Fallon, said that his main role in the process leading up to the election was reminding the American people that the presidency is a very serious job.

That didn’t stop him from slow-jamming the news — but to his credit, he delivered the prerecorded segment and a summary of his record in office with a straight face.

The show included attacks on Donald Trump. When Fallon asked Obama if he had watched news regarding Trump in the past week, Obama responded he had been watching “orange is not the new black.”

Hillary Clinton was also a natural topic of conversation. “She is whip-smart, she is tough and she deeply cares about working people and putting kids through school and making sure we’re growing our economy,” Obama said of Clinton, who he endorsed earlier on Thursday.

During his sit-down with Fallon, the President was asked about his daughters and explained that his family plans to stay in D.C. to accommodate his younger daughter’s high school career. They joked he was like the “old guy at the disco” — still there when he shouldn’t be.

The late-night show host also told the story about the first time he met the President and how he opted to wear a three-piece suit to impress him but ended up sweating because it was an outdoor event.

“Didn’t you get the memo? It’s a bar-b-cue,” Fallon said the President told him.

See their slow jam above. 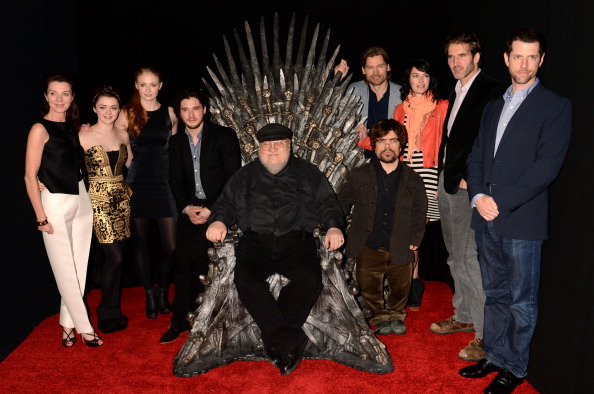 10 Amazing Behind-the-Scenes Photos of the Game of Thrones Cast
Next Up: Editor's Pick