An image from the video uplink from the detention center to the courtroom, Dylann Roof appears at Centralized Bond Hearing Court in North Charleston, South Carolina, on June 19, 2015.
Pool—Getty Images
By NBC News

Federal prosecutors and lawyers for Dylann Storm Roof are at odds over whether he should face a jury on capital charges that he killed nine people at a South Carolina church last year, according to court documents.

Lawyers for Roof, 22, of Columbia, South Carolina, filed a motion Thursday waiving his right to a jury trial in the shootings on June 17, 2015, during a Bible study class at the Mother Emanuel African Methodist Episcopal Church in Charleston.

But in the same motion, they said federal prosecutors had already rejected the idea and are determined to bring him to trial… 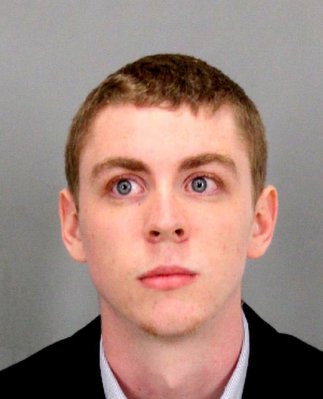 Jurors Are Refusing to Serve the Judge Who Sentenced Brock Turner
Next Up: Editor's Pick