Review: Warcraft Is Ridiculous, But Paula Patton Is Not

Despite what you may have heard, Warcraft—a movie based on the staggeringly popular series of video games—is neither the worst movie ever made nor the greatest. Its director, Duncan Jones (Moon, Source Code), actually knows what he’s doing, and the story hangs together surprisingly well, considering that the movie’s official synopsis opens with “The peaceful realm of Azeroth stands on the brink of war as its civilization faces a fearsome race of invaders” and ends with “From opposing sides, two heroes are set on a collision course that will decide the fate of their family, their people, and their home.” You try making a movie out of that while keeping a straight face.

Still, there are a few things in Warcraft to enjoy, at least in a pointing-and-grunting sort of way: Women characters flounce around in abbreviated animal-skin outfits almost glammed up enough to look at home Roxy Music album cover. The Azerothians, if that’s what you call them, strut around in silly but not-wholly unattractive medieval-faire garb, while the heavily CGI-enhanced Orcs—those would be the invaders, the most memorable of whom is Toby Kebbell, as the principled warrior Durotan—are bulked-up in a repulsively fascinating way. They stomp around on their heavy, beefy feet, looking perpetually a bit forlorn and perplexed, thanks to the specific dental characteristic they all share: underbite fangs.

Still, the Orcs aren’t a wholly uncivilized people. Their big problem is that they’ve come under the rule of a despot, which is why they’re on the rampage in the first place. Left to their own devices, they have some intricate societal rules, and they’re affectionate toward their children. That doesn’t mean there isn’t room for improvement: They show a fondness for over-accessorizing that would make even Iris Apfel blanch. Fave style accents include multiple facial piercings, necklaces made of bones and animal teeth, and hippie braids threaded through beads. Apparently, they’ve never heard of Coco Chanel’s apocryphal style rule: “Look in the mirror before you leave the house and remove one accessory.” Or even just: “Elegance is refusal.”

Anyway, that kind of visual insanity—plus a few crazy battle sequences—are the things that make Warcraft almost worth watching, if you still find yourself at loose ends after you’ve given the dog a bath, organized 10 years’ worth of tax returns and completely moth-proofed your closet. The true horror of Warcraft is that it features a roster of actors who shouldn’t have to resort to this sort of thing. In China, the film made $45 million on its opening day, so anybody who gets a cut of international box office profits will be laughing all the way to the bank. Even so—what is Dominic Cooper, perfectly fine in pictures like The Duchess, An Education and The History Boys, doing shambling about in sub-King Arthur gear? Seeing Ben Foster playing a magickal Merlyn-Gandalf hybrid (who isn’t even, by the way, enough of either) is dispiriting. The Ethiopian-born actress Ruth Negga plays a regal queen here, and she escapes with her dignity intact. Negga is so superb in Jeff Nichols’ Civil Rights drama Loving, to be released later this year, that she may just win an Oscar—unscathed, she will leave Warcraft behind her.

But Paula Patton, as a half-human, half-Orc warrior woman Garona, deserves so much better. Patton has one of the biggest roles in Warcraft, and is, hands down, the chief reason to bother with it—she gives a real performance, dusted with subtleties that are pretty much wasted in this otherwise big, dumb, Jethro Bodine-scaled spectacle. Patton has been terrific in some underappreciated pictures, like the 2008 Outkast musical Idlewild (a modern classic that will someday get its due), and she’s given sturdy, appealing performances in movies like Brad Bird’s Mission: Impossible—Ghost Protocol and Tony Scott’s Déjà Vu. And she gave the best performance in Lee Daniels’ Precious, as a conscientious teacher. In Warcraft, she can barely deliver her lines—her prosthetic underfangs keep jabbing at her upper lip, giving her a slight lisp. By the end of Warcraft, she’s the only character who makes you wonder: What will she do next? For this, she deserves combat pay. 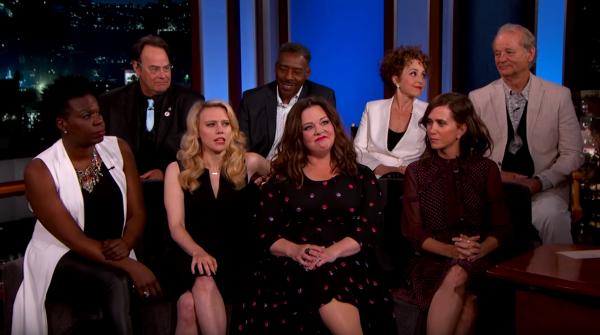