8 Moves Donald Trump Absolutely Must Make At the Convention

Donald Trump has shown himself nearly incapable of taking advice. Especially from campaign consultants. And his supporters, who imagine themselves equally intolerant of spinners and political stagehands, love him for it. Defying almost any prognostication, except his own, it’s got him this far.

But as the presumptive GOP nominee heads to Cleveland for his crowning moment on July 21, he and his followers should recognize that the particular art and science of selling a candidate at convention time is a course not offered at Trump University—and one that he should study hard. Hitting the right notes in Cleveland may be as vital to his victory as filling aircraft hangars for rallies, launching debate zingers, deploying a ground game in the battleground states and figuring out how to get his frothy faithful to the polls on Election Day.

Trump’s convention is his reset button. He needs to press it hard if he really wants to win. I’ve been practicing and analyzing the art and science of stagecraft at conventions for 28 years, going back to 1988. And so for Trump, I have eight pieces of, well, advice:

1. Make amends. It’s clearly not his base of voters with whom Trump needs to patch things up. Those who love him do so despite his overheated rhetoric. Those who don’t never will. But the media still craves a real contest. They might grant him one more do-over. His best, albeit unlikely, shot is to issue a genuine mea culpa presented in a way he can shape, like a pre-convention video shot in a un-Trumpian setting with Melania and Ivanka by his side, supplemented with select one-on-one interviews leading up to Cleveland. When Bill and Hillary Clinton sat down with Steve Kroft after the Super Bowl in 1992, and he said, “I have acknowledged causing pain in my marriage,” he got his pass. Our attention span is even shorter today. I suggest: “I was only being Donald Trump, and I can do better.” Done well, the cable networks will eat that up.

2. Extend the “VPOG.” Going back to 1988, the timespan from the V.P. pick-to-opening gavel (or “VPOG”) has averaged 6.75 days for Republicans, 7.8 for Dems. There’s a ton of work done in this period of time—it’s really like launching another national campaign from scratch, with an entirely new staff, airplane and schedule to manage. Trump has suggested he’ll shrink his VPOG to zero by unveiling his selection live, American Idol-style, as a way to drive up ratings on the stultifying day before the official nomination. Unless Trump picks a fully-vetted, mainstream stunner—say, former Defense Secretary Robert Gates—he’s inviting calamity, as George H.W. Bush found out when he sprang Dan Quayle on an unsuspecting media hoard in 1988 or John McCain discovered when he hatched his barely-vetted pick of Sarah Palin in 2008. A lengthier VPOG is like a shakedown cruise for the veep pick.

3. Love thy protestor. The archival footage of the Dems’ riotous Chicago convention in 1968 is cued up for comparison at the first sign of tear gas and billy clubs in Cleveland, not to mention still-fresh video from Trump’s own raucous events in Costa Mesa, Albuquerque and San Jose. It’s the Republican National Committee’s job to work with local authorities to manage the rules of engagement to avoid violence at all costs. But it would also be effective for Trump to play against type by issuing a public statement calling for peace and harmony. He should invite opponents to exercise their Constitutional privilege to protest in a well-defined and insulated area and, importantly, admonish his supporters against engaging with them.

4. Orchestrate an overture. With so many disapproving GOP grandees skipping the proceedings at Quicken Loans Arena, Trump may strain to fill his preliminary fight card with enough speakers to satisfy even the C-Span faithful. Television cameras will also be hard-pressed to find “iso-shots” of the party elite hobnobbing in the luxury suites of the stadium. One thing he might do is take the proceedings in Cleveland out of the equation as much as possible. In 1996, Bill Clinton drew attention away from his convention, beaming live events from his whistle-stop train tour of the Rust Belt—we called it “The Twenty-First Century Express”—directly into the United Center in Chicago. Trump could do worse than mimic the approach.

5. Make a grand entrance. A new standard for the candidate’s arrival in the hall was set in 1988, when Mike Dukakis took an extended promenade through the crowd in the Omni Arena in Atlanta to the tune of Neil Diamond’s “Coming to America,” later remembered as the hopeful high-water mark of his ultimately unsuccessful campaign. That isn’t Trump, who favors deus ex machina entrances, like his ride down Trump Tower’s gilded escalator when he announced his run last year. One never-tried trick, borrowing from John Adams’ 1987 opera, Nixon in China, might be to have the fuselage of his Trump-emblazoned 757 slide onto stage and disgorge him, as Nixon did in Peking—this time in front of a hall filled with stunned delegates.

6. Use the acceptance-speech secret weapon. A scripted, soaring 45-minute address could undo much of the harm the Donald has inflicted upon himself with swing voters. To overcome his chronic inability to stick to his text, but still avoid the appearance of relying upon that crutch he so despises—the teleprompter—he could use a different, little known speaking aide called “Jumbo Brights.” These are large screens scrolling his words at the back of the hall with a patented technology making his text visible only to the person at the podium. But even Jumbo Brights would still require Trump to do something he’s said to resist: practice, practice, practice.

7. Invite new angles. Trump should begin to cultivate a relationship with a name brand photojournalist, the likes of David Hume Kennerly or Doug Mills of the New York Times. Given unfettered, behind-the-scenes access, a veteran convention photographer can capture quiet moments that tell a deeper story than the final, confetti-shrouded wave. The right lens trained at Donald and Melania, at the right moment, could say more about this couple than we’ve seen before. It would lend him an extra dose of humanity and tweak established perceptions of the man behind the Brioni suit.

8. Sustain the momentum. With him and his staff on the brink of exhaustion, Trump, who likes to sleep in his own bed at Trump Tower or Mar-A-Lago, will be tempted to head back to Manhattan after his work in Cleveland is done. But the days after the convention are crucial in advancing the convention’s carefully-constructed narrative. Bill Clinton and Al Gore did this with their standard-setting nine-state bus tour in 1992 that left Madison Square Garden and arrived in St. Louis many days later. The downside of “refueling” after a convention? Ask Dukakis. Leaving Atlanta up 17 points in the polls, he returned to Massachusetts for some well-deserved R & R. By the end of August, his advantage was erased.

King was the director of production for presidential events during the Clinton administration and is the author of Off Script: An Advance Man’s Guide to White House Stagecraft, Campaign Spectacle, and Political Suicide. 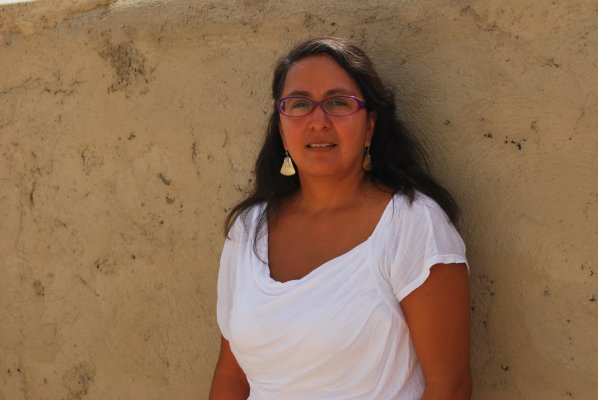 Donald Trump Makes Me Proud To Be Mexican
Next Up: Editor's Pick