Snoop Dogg had the honor of throwing the ceremonial first pitch at the San Diego Padres-Atlanta Braves game Tuesday night and it was far from a home run.

The pitch flew nowhere near the catcher as the cameraman and fellow bystanders dodged the ball. Snoop expressed lots of excitement before the game — unfortunately, his throwing abilities didn’t quite match his enthusiasm, according to TODAY.

Snoop’s pitch had a lot in common with fellow rapper 50 Cent’s throw, which MLB commentators dubbed “not great.” Snoop, who played a set as “DJ Snoopadelic” after the game, took the disastrous throw in good stride and laughed it off. 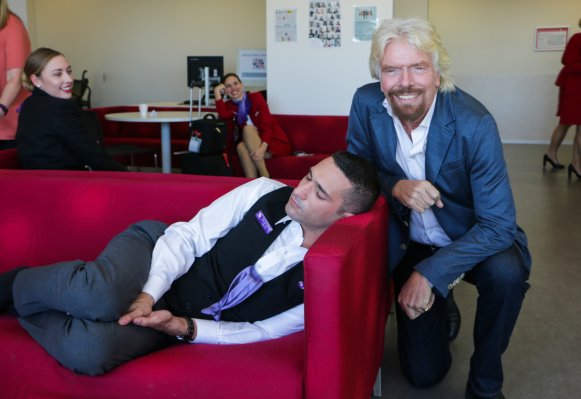 Richard Branson Caught an Employee Sleeping on the Job, So He Trolled Him With This Photo
Next Up: Editor's Pick