What to Know About the Bilderberg Group's Secret Annual Meeting

Barriers stand in front of hotel Taschenbergpalais Kempinski in Dresden, Germany, where the Bilderberg conference will take place place from June 9-12, 2016.
Arno Burgi
By Josh Sanburn

A shadowy world government. Political kingmakers. A capitalist cabal looking to impose its will across the globe. For decades, conspiracy theorists have tried to decode the secretive Bilderberg Group, an annual gathering of the some of the world’s most powerful figures, which begins Thursday in Dresden, Germany. But while little is known about what’s said at the private meetings, there are a few things that we do know about this year’s gathering.

Since 1954, the Bilderberg Group has been gathering in secret to discuss everything from the rise and fall of communism to nuclear warfare to cybersecurity. The group began as a way to create more cooperation between Europe and North America during the Cold War, and Bilderberg releases an annual list of the people who will attend and the topics they’ll discuss, but beyond that, little leaves the walls of the meeting rooms.

Bilderberg operates under the Chatham House Rule, which allow those who attend the meetings to use the information they glean but not to disclose who said what, according to Bilderberg’s website. That has spurred conspiracy theorists to claim that the group is imposing a new world order and playing kingmaker around the world.

In 2000, British politician Denis Healey, who had been involved in Bilderberg for decades, told the Guardian, “To say we were striving for a one-world government is exaggerated, but not wholly unfair. Those of us in Bilderberg felt we couldn’t go on forever fighting one another for nothing and killing people and rendering millions homeless. So we felt that a single community throughout the world would be a good thing.”

Theorists also cite the inclusion of Bill Clinton at the meetings in 1991 before he was president and Tony Blair’s presence in 1993 before he became the British prime minister as examples of the group’s power. Past attendees have included former Secretary of State Henry Kissinger (who will also be attending this year), former Chase Manhattan chief executive David Rockefeller, and British Prime Minister David Cameron.

Here’s the list of topics Bilderberg released to be discussed this year:

Two-thirds of this year’s attendees are from Europe while a third are from the U.S., including Sam Altman, president of the tech seed accelerator Y Combinator; NBC News’s Richard Engel; Sen. Lindsay Graham of South Carolina; LinkedIn CEO Reid Hoffman; and PayPal co-founder Peter Thiel.

The Bilderberg Meetings website describes the gatherings as “a forum for informal discussions about major issues facing the world” and says no votes are taken and policy statements are not issued. Notes or minutes of the meeting aren’t taken either, giving conspiracy theorists even more reason to question what happens behind Bilderberg’s closed doors. 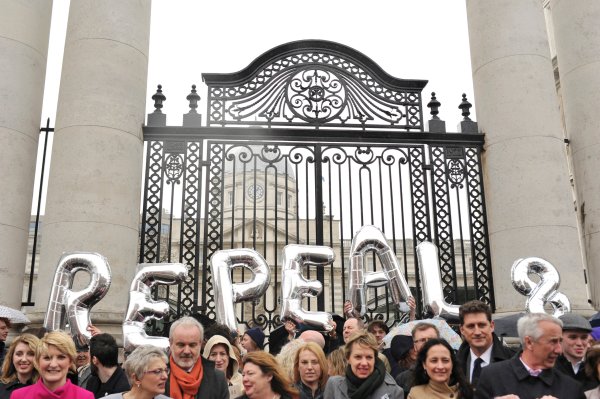