Most investors know that if something fundamental doesn’t change in the economic paradigm, we’re likely headed for a period of historically lower returns in stocks, bonds, and many other types of assets. Much of the low hanging fruit of globalization has been plucked, and other growth-driving trends, like the baby boom and the entrance of women into the workforce en mass have been tapped out. We’re entering a world in which the movement of assets across geographies and classes are no longer correlated as they once were. It’s a new world, and investors are looking for a roadmap to help them capture whatever return they can.

Ruchir Sharma’s new book, The Rise and Fall of Nations: Forces of Change in the Post-Crisis World, provides a guide. (Full disclosure: Sharma has been a source of mine for years; and I was a huge fan of his last book, Break-Out Nations.) Sharma’s new book is ambitious in positing new rules that investors should take into consideration as they think about the growth prospect of all nations, developed and developing, in the coming economic era of bifurcation, political populism, growing inequality, and uncertain technological disruption. As Sharma eloquently puts it in his introduction, “The American playwright Arthur Miller once observed that an era has reached its end `when it’s basic illusions are exhausted.’ Today, the illusions of widening prosperity that defined the pre-crisis era are finally spent.” He adds that “economic growth is not a God-given right,” noting that research looking back 150 years at countries that had outperformed found that after periods of boom, the majority experienced slumps that lasted six years or more, with numerous downturns going on more than a decade.

One thing that sets Sharma’s take on the new world apart straight away: He isn’t making 20, 30 or 50 year predictions about who will fare well or poorly as many banks like Goldman Sachs, or consulting groups like McKinsey have lately been wont to do. He points out sharply that even when all the economic vectors seem to be leading in a certain direction, unexpected human behavior, usually in the form of political change, can shift everything in a heartbeat. (Consider that the Asian Development Bank was located in Manila in the 1960s because, back then, everyone was absolutely sure that the Philippines was the future star of Asia.) Rather he looks to help readers navigate this turbulent world with rules that can help them identify which countries might, over 5 to 10 year time horizons, rise, fall, or muddle through.

The first rule is that “people matter,” meaning more precisely that demographics matter. Economic growth is basically demographics plus productivity, and given that both have been falling for a while now, as the gains of the last tech boom have been tapped out and the new one isn’t showing up in the data yet, we’re more dependent on demographics to drive growth than ever before. Unfortunately, in most parts of the world, the birth rate is falling. Countries that can come up with ways to welcome immigrants without causing too much political backlash will have a leg up, as will those that figure out ways to employ more older workers and women. That will be easier in nations that elect political reformers (as Argentina recently did) rather than populists (by this logic, Latin America may be at a turning point since its already passed through the dark life cycle stage of populism that many parts of Europe and even the US are in now).

Of course, the populists have risen because inequality has grown. Sharma counts billionaires as a mark of that, but he says there are “good billionaires” (the Steve Jobs and Larry Pages of the world) that can actually point to higher productivity and prosperity in a country, versus bad billionaires (from extractive- or land-based industries like minerals, real estate, oil etc). Too many of those point to corruption and slower growth (on the Bad Billionaire metric, Russia is, not surprisingly, flashing red).

Other things to watch: Countries’ own investments (public and private) into their economies (when investment rises growth is much more likely to accelerate). Inflation following debt binges can be a growth killer too, as is a run up in debt itself. Sharma has been one of the prescient seers of the Chinese debt crisis. He pointed out early on that it now takes $4 of debt to create a dollar of growth in China following the 2008 financial crisis, whereas it was a one to one ratio before. He was right, China’s debt crisis has since led to market volatility and much slower growth.

By Sharma’s own admission, “there are precious few nations that would qualify as rising stars by the standards of the before crisis era. In 2007…the number of economies growing faster than 7% reached a postwar peak at more than sixty.” Today, there are only nine economies growing that fast. Slower growth has hit every region of the world, and this new math will require a mindset shift for investors.

But there are some (relatively) bright spots. Sharma is more bullish on the U.S., particularly relative to the rest of the world, than many American voters are, noting that the shale oil revolution and dominance of Silicon Valley are positive signs for the future. South Asia, home to recent economic laggards, may also be set to rise, mostly because of Sharma’s life cycle theory of boom and bust and boom. Germany is a bright spot in Europe, as are a number of Eastern European nations. And yes, as the author wisely reminds us, a lot can change in 100 years. 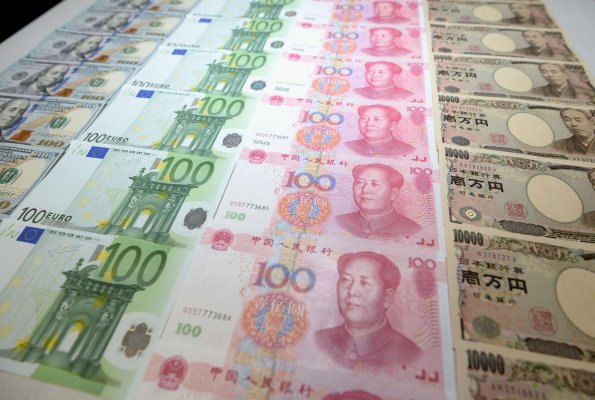 Globalization's True Believers Are Having Second Thoughts
Next Up: Editor's Pick