Hassan Khan shows the picture of his wife Zeenat Rafiq, who was burned alive, allegedly by her mother, at his home in Lahore, Pakistan, June 8, 2016.
K.M. Chaudary—AP
By Justin Worland

A Pakistani mother burned her daughter alive after the 17-year-old eloped with a man of a different ethnic group, according to an Associated Press report.

Zeenat Rafiq ran away from home when she married Hassan Khan fearing for her safety because of the objections of her family. Rafiq was Punjabi and her husband Pashtun.

Family members eventually convinced her to return, saying they wanted to throw her a proper ceremony. Rafiq’s mother tied the newly wed to a cot, poured kerosene on her and set her ablaze, police told the AP. The mother admitted the crime, saying “I don’t have any regrets.”

Hundreds of Pakistani women are murdered each year in honor killings for violating conservative social norms. 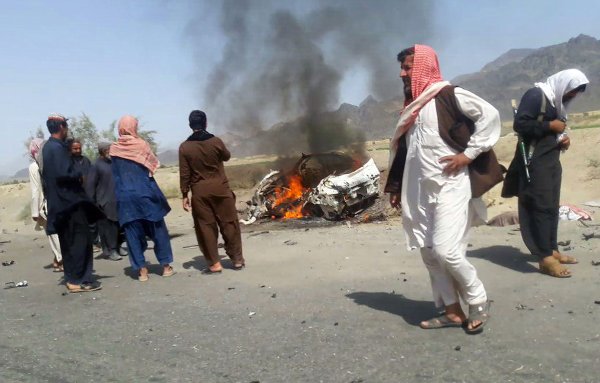