The Kills Give Rihanna's 'Desperado' a Stripped-Down Makeover

Known for their gritty brand of rock, The Kills meshed their signature alternative sounds with the lyrical stylings of Rihanna when they released a cover of the Barbadian pop star’s “Desperado” Wednesday.

The electro-R&B track, originally produced by Mick Schultz (Jeremih’s “Birthday Sex,” Zendaya’s “Replay”) and Kuk Harrell (Justin Bieber’s “Boyfriend”) for Rihanna’s ANTI, got a stripped, guitar-and-smoky-vocals rework from The Kills’ Alison Mosshart and Jamie Hince during a live session on SiriusXMU, which aired Wednesday at 9 p.m. ET in full.

The band’s latest album, Ash & Ice, sees the pair experimenting with synths and electronic sounds following their four previous rock-focused LPs. “I like to trick myself into thinking I have specific goals when I start a new record, even though I know it’s going to end up somewhere entirely different,” Hince previously told EW, referring to the album’s new sound. “I had these ideas of it sounding as if Lee Scratch Perry or King Jammy had made a rock ‘n’ roll record, set in the future!”

Ash & Ice is available now on iTunes. Listen to The Kills’ full cover of Rihanna’s “Desperado” in the video above, and check out Rihanna’s version below. 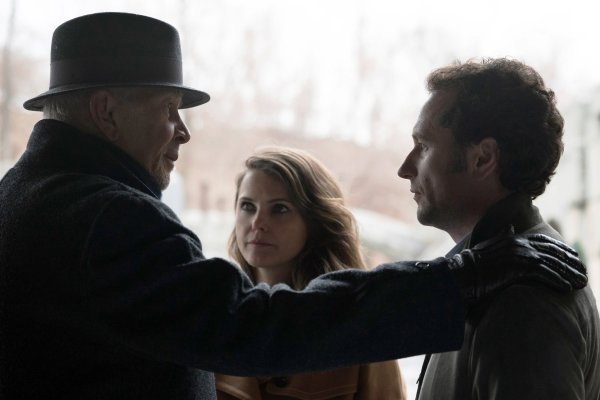 Review: The Americans Wraps Up a Superlative Season
Next Up: Editor's Pick