A court has granted an injunction to the University of Papua New Guinea in the capital Port Moresby to stop students from protesting on campus, after police opened fire on demonstrators Wednesday.

The government has refuted initial reports that four people were killed when police discharged live rounds into a crowd. The Australian Broadcasting Corp. (ABC) says at least 17 people were hurt, including one who received a gunshot wound to the head.

Reuters reported the protest ban late on Wednesday, after images and video on social media showed a building on campus and a truck set on fire amid reports of rioting.

Students at the university have held a weeks-long class boycott calling for Prime Minister Peter O’Neill to be removed over allegations of corruption and economic mismanagement. O’Neill has told students to go back to their classes and ordered an inquiry into what he called “unrest promoted by individuals outside the student body.”

“Had commodity prices remained high allegations of corruption and fiscal management, not to mention the major foreign exchange shortages now facing the country, would have been far more muted as the government continued to ramp up expenditure,” Pryke wrote in the Guardian. “For O’Neill, in a time when core services are being slashed, the dissatisfaction with government excess at the expense of everyday Papua New Guineans has become far more acute.” 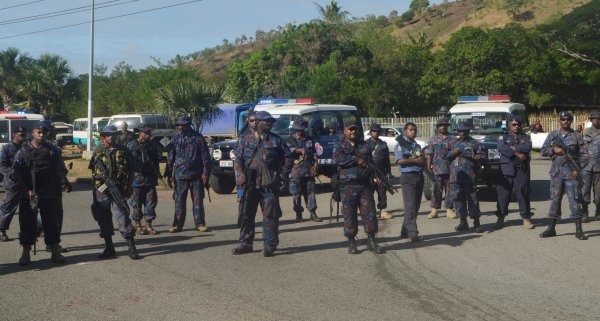 PNG Police Fire on Students, Killing 4
Next Up: Editor's Pick