“You heard me. The holy war is over, brethren. At Tendigi, we’ve designed and built a case that allows iPhone devotees to sample the best Mountain View has to offer.”

So how does it actually work? Well the iPhone isn’t technically running Android. Instead, the case is emulating the software, and streaming it to the iPhone using a Lightning connection. As such, the iPhone couldn’t run the software without being plugged into the case.

“Despite some obvious drawbacks, Android has a killer feature that made this project possible: (virtually) the entire operating system is open-source. For a platform of its scale, it’s surprisingly easy to clone it out and built it on your local machine,” explains Lee.

The case contains an embedded Lemaker HiKey development board, which runs on an 8-core 64-bit ARM Cortex-A53 processor. The HiKey is actually the official reference board of the Android Open Source Project, which helped. The case also has its own 650mAh lithium-polymer battery pack, too.

Unfortunately, there are some obvious drawbacks to this solution. The first is that the case is bulky and awkward looking. The second is that because the iPhone isn’t running the software, the Android OS is pretty laggy. And the third is that the software doesn’t run in full-screen – it’s a little squished.

Nevertheless, this is a seriously cool way to mend relations between the iOS and Android camps. See, we can all be friends. 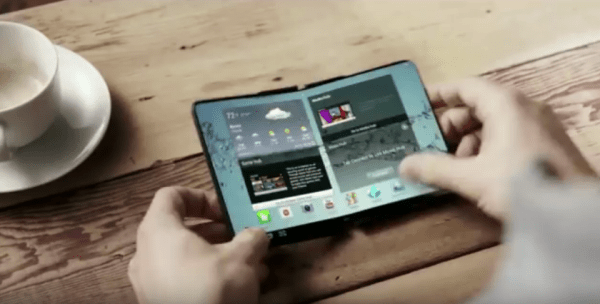 Your Future Samsung Smartphone May be Able to Fold in Half
Next Up: Editor's Pick