Indian Prime Minister Narendra Modi joked that the U.S. Congress was known for its bipartisanship and its harmony during a lengthy address to a joint session on Wednesday. The joke was one of several lighthearted moments that peppered Modi’s address, which marked another chapter in shifting relationship between the U.S. and India.

“Mr. Speaker, I’m informed that the working of the US congress is harmonious,” Modi said as the House chamber erupted in laughter. “I am also told that you are well-known for your bipartisanship.”

Nods to the millions of Americans who practice yoga, the Scripps Spelling Bee Champions (who were in attendance for the address), and the spirits of Mahatma Gandhi and Martin Luther King were among the several applause lines of the sweeping address — India, the Prime Minister said, had not yet claimed “intellectual property rights” to yoga, he joked. But the focus of the address stayed straight and narrow. During the bulk of the time Modi spent before Congress, he largely noted the strength of the two countries points of collaboration in fighting terrorism, increased trade cooperation, and in the science and technology sectors.

“Our independence was ignited by the same idealism that fueled your struggle for freedom. No wonder then that former prime minister of India, Atal Bihari Vajpayee, call India and the U.S. natural allies,” Modi said Wednesday. “No wonder that the shared ideals and common philosophy of freedom shaped the bedrock of our ties. No wonder then that President Obama had called our ties the defining partnership of the 21st century.”

Modi’s address to Congress followed a bilateral meeting and working lunch at the White House on Tuesday, where the White House said the two leaders worked toward solidifying their commitments to the Paris Climate Agreement. The leaders also discussed expanding economic partnerships and preventing nuclear proliferation.

Though the visit wasn’t Modi’s first, the address was significant due to the fact that the leader was denied entry into the U.S. for more than 10 years starting in 2005 because of his role in a deadly spate of riots. As TIME’s Rishi Iyengar reported this week, the address alone was seen as a “real moment of triumph.” 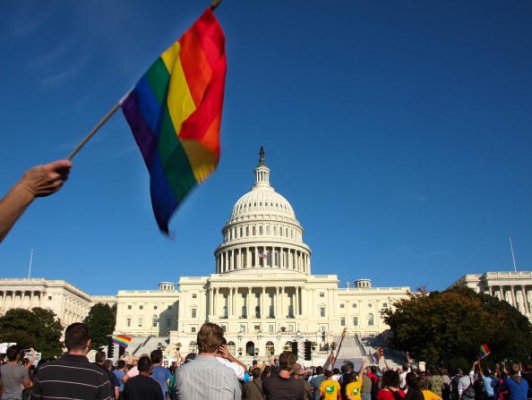 An LGBT Vote Failed in the House and Chaos Ensued
Next Up: Editor's Pick