British Olympian Freezing His Sperm Before Rio Over Zika Fears

A British long jumper is planning to freeze his sperm before traveling to the Summer Olympics in Rio de Janeiro over fears that the Zika virus could be sexually transmitted.

Greg Rutherford’s partner Susie Verrill announced the news in Standard Issue, writing that she and their child would be staying behind for the games. “We’ve also made the decision to have Greg’s sperm frozen,” she wrote. “We’d love to have more children and with research in its infancy, I wouldn’t want to put myself in a situation which could have been prevented.”

Zika in pregnant women has been linked to birth defects including microcephaly, in which the infant is born with an abnormally small head.

“We’re not ones to worry unnecessarily,” she wrote, “but after more than 100 medical experts stressed the Games should be moved to prevent the disease from spreading, this was a huge factor in us choosing to stay put.”

Rutherford won a gold medal in 2012 at the London Olympics. Olympians who will be skipping the games this year over Zika concerns include cyclist Tejay van Garderen and golfers Vijay Singh and Marc Leishman, the BBC reports. Today anchor Savannah Guthrie will also skip the event this year as she is pregnant. 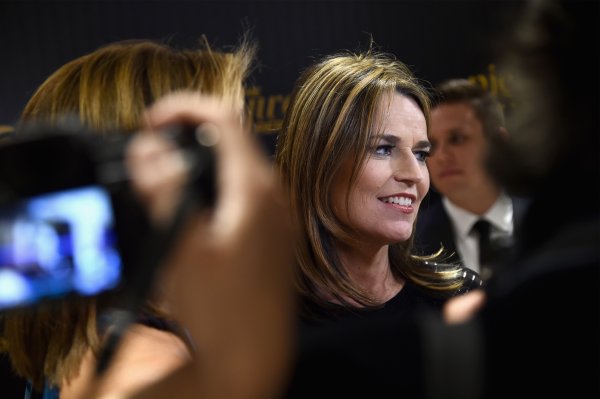 Pregnant Savannah Guthrie to Skip Rio Olympics Because of Zika
Next Up: Editor's Pick