As Hillary Clinton declared victory Tuesday night as the first female major-party nominee, she sought to position the achievement within history, connecting the moment to generations of women in the United States and in her own family.

At the same time, parents across the country woke up their daughters—or delayed their bedtimes—to allow them to watch the speech, noting its historic nature. “Letting my 13-year-old daughter stay up for @HillaryClinton tonight. Witnessing history > being particularly alert tomorrow,” one father wrote on Twitter.

“Tonight’s victory is not about one person,” Clinton said in her speech. “It belongs to generations of women and men who struggled and sacrificed and made this moment possible.” She mentioned suffragists, and she spoke about four generations of women in her own family, including her mother—who was born on the day Congress gave women the right to vote—her daughter Chelsea and granddaughter Charlotte.

Clinton nodded, specifically, to future generations. “To every little girl who dreams big: Yes, you can be anything you want—even president. Tonight is for you,” she wrote on Twitter before taking the stage in Brooklyn. 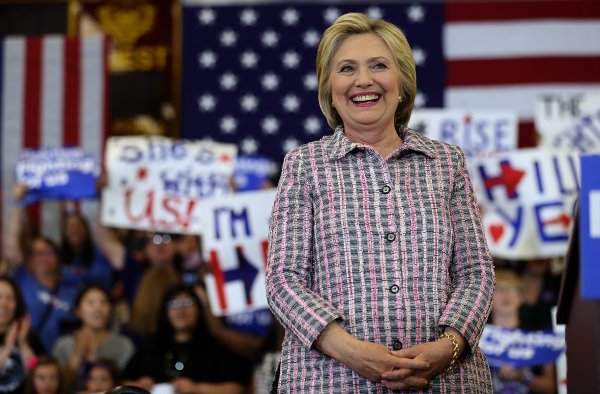 Anti-Trump Republican Creates PAC for Clinton
Next Up: Editor's Pick