After what must have been a wild Sunday night out, three British 20-somethings working at the famed Ayia Napa resort in Cyprus embarked on a boozy dolphin hunt and reportedly ended up in Tartus, Syria’s second largest port city, according to a report in news.com.au. Lewis Ellis, 25, told the Australian news portal from Cyprus that “we went to watch f-cking dolphins and we ended up in f-cking Syria.”

Only it may not be true. Some British media reports now say that the story was a prank. Facebook posts purportedly showing Ellis boasting about how he “made it up for fun” began circulating elsewhere on social media.

Both the Independent and the Telegraph said that reports that the trio had planned a diving and dolphin-watching trip for their Monday off work, as well as photos shared on SnapChat, were false. The Telegraph said Ellis had previously posted pranks to his YouTube channel.

The story told to news.com.au was full of elaborate detail. Ellis claimed that when he and his friends stumbled out of the nightclub at 7:30 a.m., their tickets were too far away in their apartment to retrieve in time for the 9 a.m. boat. So they figured they would take it upon themselves and catch a random boat instead.

Lewis told news.com.au they began panicking when they realized they were deep at sea. “We said to the crew, like, ‘Why are we so far from land?” Nine hours later, he claimed they landed in Tartus, Syria, with no phone signal and $17 total. Russian troops supposedly greeted them and took them away for questioning, news.com.au said.

“When we explained what happened they realised how ridiculous it was,” Lewis told the portal. “They took photos of us, selfies.”

He said he and his friends had been treated like heroes. “Journalists from all over the U.K. are trying to get in touch with us. It’s just ridiculous.”

Or not, as the case may be. 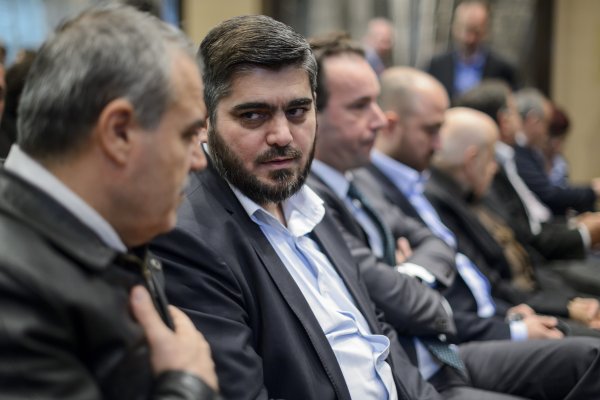