Joshua Wong, secretary general of political party Demosistō, is subdued by police during an attempt to intercept the motorcade of top Chinese official Zhang Dejiang on May 19, 2016, in Hong Kong
Handout—Getty Images
By Casey Quackenbush / Hong Kong

Hong Kong’s democratic movement is breathing a sigh of relief. On Tuesday morning, a magistrates’ court acquitted Joshua Wong, a figurehead of the pro-democracy movement, and three other activists of obstruction charges stemming from protests in 2014. The decision has renewed faith in the city’s judiciary, which has taken a beating from Beijing.

Wong’s acquittal comes shortly after a visit to Hong Kong by the head of China’s rubber-stamp legislature. As chair of the National People’s Congress, Zhang Dejiang is, in effect, China’s top lawmaker. During his visit, he darkly hinted that local authorities should crack down on those calling for more political freedoms, and to “not appease acts that challenge the rule of law.”

Those comments follow remarks by Beijing’s top official in the territory, Zhang Xiaoming, who last year said that separation of powers between the executive and the judiciary “does not suit Hong Kong.” They also come in the wake of the detention in mainland China of five members of a Hong Kong–based publishing firm that produced books critical of Chinese Communist Party officials, in a case widely seen as a blatant violation of Hong Kong’s autonomy by Beijing.

“China has no rule of law — it really is complete lawlessness,” Democratic Party chairperson Emily Lau tells TIME. She says that yesterday’s verdict wasn’t merely an exoneration of four youthful activists but a powerful testament to the vigor of the Hong Kong judiciary branch in the face of Chinese intimidation. “I certainly hope that [the mainland Chinese authorities] have learned a lesson and will leave Hong Kong alone.”

A social-science professor at the Hong Kong University of Science and Technology, David Zweig, tells TIME that the Wong verdict thwarted Beijing’s demand that the judiciary “owe their loyalty to the state.” He says, “This is very important for the future of Hong Kong.”

Michael Vidler, founder of the law firm that specializes in civil rights and which defended Wong, agrees. The judiciary, he says, “are judicial officers only according to the law. Long may that continue.”

Local conservative politician and tycoon Michael Tien also expresses relief. “The government is heavily influenced by China, so [the verdict] provides a check and balance,” he says, adding that the judiciary is “alive and kicking and thriving.”

Wong — who appeared on the October 2014 cover of TIME’s international edition — faces another hearing later this month, when a verdict will be given on charges of “inciting an uprising.” 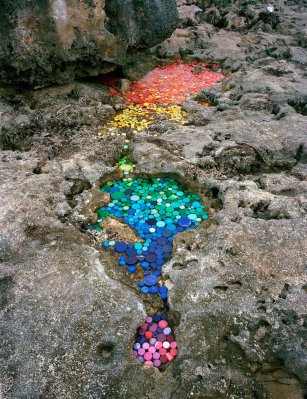 13 Artists Who Turned Ocean Trash Into Amazing Art
Next Up: Editor's Pick