Fans are Spellbound by Harry Potter and the Cursed Child Preview

Wrapped around the entire perimeter of the hulking Palace Theatre in London’s West End, over a thousand ‘Potterheads’ patiently waited for their bags to be checked before entering the grand red-brick, Victorian building. Many touted grins, no doubt from the knowledge that they will be some of the first in the world to be watching the play, Harry Potter and the Cursed Child.

“This is an important moment in the Harry Potter history … if you have grown up with it and it has been a part of who you are for so long” says 18-year-old Jess Hart, an aspiring actress from Oxfordshire, U.K. “This play is so much more … than just a book or story, it is literally the next chapter.”

The Cursed Child picks up 19 years after the end of the original series. The book’s hero, Potter, now works in the Ministry of Magic while his son Albus struggles with a family legacy “he never wanted.” The play is split in two parts, with the first being shown on Tuesday night. This preview, which is essentially an extended period of dress rehearsals, has brought people from around the globe who share in their intensely personal connection to the Harry Potter franchise.

Christine Worden, a home-school tutor from Cypress, Texas, couldn’t believe her luck. “This really is a big trip for us” she tells TIME, having flown to Britain for the first time with her three children just to watch the play. The 44-year-old shares an affinity with Harry Potter novelist J.K. Rowling, who like Worden was a jobless, single mother while writing her book. “I have been a single mother … I also was in poverty and homeless,” she says. “Because of her inspiration I always found the strength to believe that anything is possible.”

Under an iron awning that holds the play’s artwork of a giant snitch-like nest, Nabshan Karim from Karachi, Pakistan, says he has always related to Potter because “he was the only character that was the same age as me.” Today, 25-year-old Karim has again found common ground with a middle-aged Harry, who is a father-of-three in the play. “Well I am about to be married and probably going to have kids soon. I feel like I have been following him,” says Karim, who is currently studying a masters course at Kingston University, London.

The play’s eponymous character might be the obvious star, but the real highlight for many watching is the casting of a black Hermione Granger, played by Olivier-award-winning actress Noma Dumezweni. “I am excited to finally see Granger in her true form … how she should have been in the films and how the books described her,” says Hart from Oxfordshire, who came to the preview with her cousin. “The actor is going to be amazing.”

Wearing a 24-carat gold ‘Time Turner’ necklace — based on the magical timepiece Granger used to turn back time in book three The Prisoner of Azkaban — Rosa Hadjiska, 23, from North Yorkshire, U.K., says that the curly-haired character is her favorite of them all: “she is the epitome of girl power.”

Around two and a half hours later, Worden emerged from the theater spellbound. “It was so magical. It was unbelievable,” she says. While Hadjiska hinted that there was a dramatic twist in the play she was reluctant to reveal anything more due to J.K. Rowling’s YouTube appeal asking fans to not reveal spoilers. “Sirius’ death, Dumbledore’s death … nothing compares to tonight,” she tells TIME. “We expected laughter, we expected tears, we did not expect the shivers that came.”

The eighth Potter story was co-written by Rowling, scriptwriter Jack Thorne and the production’s director, John Tiffany. Little is known about the plot of the Cursed Child, and tickets are now sold out till May 2017. Potter fans without tickets must wait until the script is released on July 31 — Harry Potter’s birthday — and a day after the official opening of the play in London. 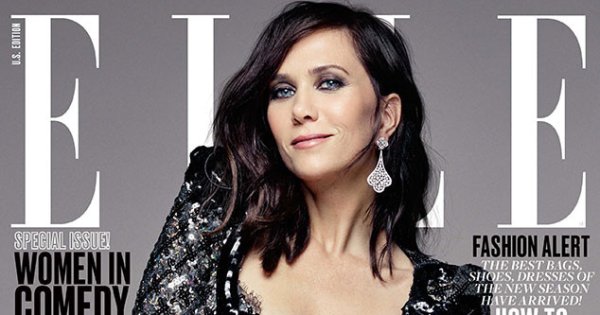 Ghostbusters Reboot Cast Will Get Their Own ELLE Magazine Covers
Next Up: Editor's Pick