After being brutally stabbed by the Waif in the seventh episode of Game of Thrones‘ sixth season, Arya Stark was (seemingly) left alone and afraid as she wandered bleeding through the streets of Braavos. However, many fans believe that not all was as it appeared, speculating that the attack was part of an elaborate ruse orchestrated by either the young Stark herself or her former mentor Jaqen H’ghar.

In a description released Tuesday for “No One,” the upcoming eighth episode, HBO reveals Arya’s storyline will figure prominently in Sunday’s installment with a statement that (hopefully) indicates her conflict with the Faceless Men will finally come to a head. “While Jaime (Nikolaj Coster-Waldau) weighs his options, Cersei (Lena Headey) answers a request. Tyrion’s (Peter Dinklage) plans bear fruit. Arya (Maisie Williams) faces a new test,” the synopsis reads.

The description sheds some light on what the three Lannister siblings will be up to as well, hinting at Jaime’s reunion with Brienne, Cersei’s already infamous declaration of “I choose violence,” and Tyrion’s ongoing political maneuvering in Meereen.

Watch the promo for “No One” above. 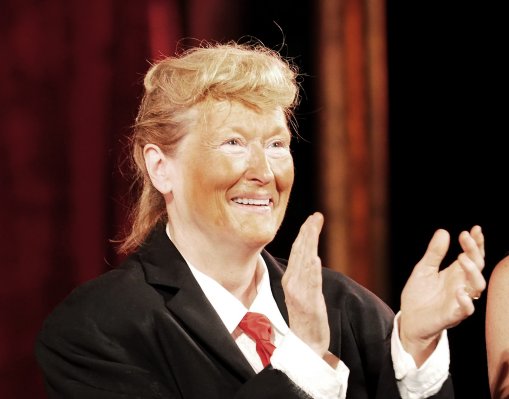 Meryl Streep Dressed Up as Donald Trump, Complete With Self-Tanner and a Fat Suit
Next Up: Editor's Pick