Meryl Streep Dressed Up as Donald Trump, Complete With Self-Tanner and a Fat Suit

As if her three Oscars weren’t proof enough, Meryl Streep demonstrated once again that she’s an acting goddess when she gave a hilarious impersonation of Donald Trump during a performance in New York City on Monday night.

The 66-year-old actress donned a fake belly, streaky self-tanner, a suit and red tie, and Trump’s signature bouffant hair style to give a parody performance as the presumptive Republican presidential nominee alongside her Mamma Mia! co-star Christine Baranski, who was impersonating Hillary Clinton.

The satirical musical performance was a part of the annual Shakespeare in the Park Public Theater Gala event in Central Park and featured Streep putting a decidedly Trump-like spin on Cole Porter’s Kiss Me, Kate ballad, “Brush Up Your Shakespeare,” singing, “You’ll let me know why it is all the women say no!” 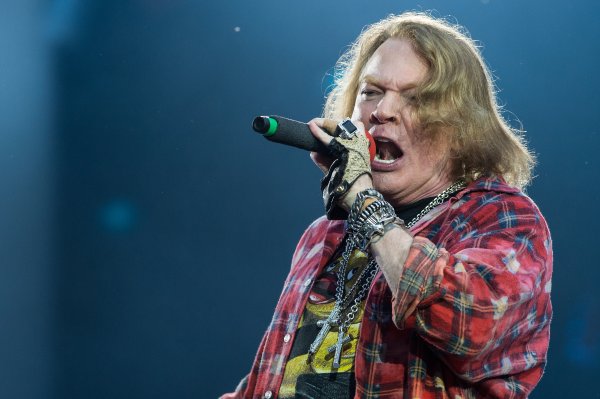 Axl Rose Seeks to Strip Internet of 'Fat' Meme
Next Up: Editor's Pick