These Are the Companies Conservatives and Liberals Hate Most

Call it the political retail divide. And it’s getting bigger.

Increasingly in America, it seems, our politics are dictating where we shop and what we consume. Asked on a survey of 10,000 U.S. adults, those who identified themselves as liberals indicated they were more likely to shop at Target. Conservatives showed a preference for Walmart. Liberals likely drink Pepsi. Conservatives, Coke.

Fortune has published the Fortune 500 list of the largest companies in America for over 50 years. This year for the first time ever we commissioned SurveyMonkey to conduct a poll on differences of opinion toward the top 100 companies. Respondents were asked about corporate reputations, trust, influence, and global impact. They were also asked to self-identify as liberal, moderate, or conservative.

Certainly, America’s political and cultural divisions are never more apparent than during a presidential election year. That is true this year as much as any. But those political divisions still exist even in years not divisible by , and they are something that business leaders and brands have to contend with, even when the markets they serve have seemingly little to do with politics.

What the survey found is that there are some striking differences (as well as as some similarities) between the companies conservatives and liberals think are bad for America, even for companies in the same business. The most notable example is Target and Walmart.

Liberals put Walmart as the No. 1 company on the Fortune500 that is the worst for America. They also ranked it as first on a list of companies in the Fortune 500 they would like shut down. Walmart has long been pilloried by the left for what liberals see as unfair wages and for fighting against unions.

But here’s the thing, when it comes to workers wages and the other issues that liberals care about there is very little evidence that Target is any better than Walmart.

The conservative distaste towards Target could be explained by the the firm’s recent reaffirmation that transgender employees and customers at its stores should use the bathroom that aligns with their gender identities. Many conservatives responded to that announcement by boycotting the store.

The poll did find evidence that Republican minds are changing about companies like Walmart. Pundits have called Donald Trump “the Walmart candidate” for his ability to appeal to downscale voters, but Trump has also attacked large powerful corporations for their indifference to the plight of the American worker, and it’s possible that Walmart is being lumped into this group as well.

There were other areas were liberals and conservatives agreed or were close. When asked which companies on the Fortune 100 are are the “worst for the country,” conservatives and liberals agreed on six different companies, all which placed in the top 10:

It’s not surprising that Americans on both sides of the political spectrum are skeptical of big-name Wall Street banks like those above. After all, this year’s presidential race has often looked like a competition over who can bash big banks the most, even on the Republican side of the aisle. The same goes for Comcast, a company that hasn’t taken taxpayer bailout money but is one that millions of Americans deal with every day and which hasn’t exactly blown away its largely captive audience with its customer service.

The top four companies that conservatives think are bad for the country that weren’t on liberals’ hit list were:

Liberals exclusively had animus for:

The conservative hatred for mortgage insurance giants Fannie Mae and Freddie Mac can be easily explained. The two firms are the quintessential example of so-called “crony capitalism” wherein a politically connected firm benefits from its relationship with government rather than its ability to win business on a level playing field.

Liberals one-upped their conservative counterparts by adding yet another large bank to its list of companies that are bad for America in Wells Fargo, while also putting oil exploration giant Exxon Mobil on the list, for reasons likely having to do with climate change. Tyson Foods also made their worst 10 list, reflecting liberal distaste for the mass production processes that are part of the meat industry.

The big head scratcher here is why liberals hate Coca-Cola while conservatives think PepsiCo is bad for the country. Perhaps it has to do their corporate colors. (Coke is red. Pepsi is blue.) Or maybe because it has to do with the general political leanings of where the companies have been based. Coke is in the South. And Pepsi’s headquarters is in the Northeast. But for whatever reason, the Coke-Pepsi political divide is just another sign that when it comes to politics, commerce is less immune than ever. 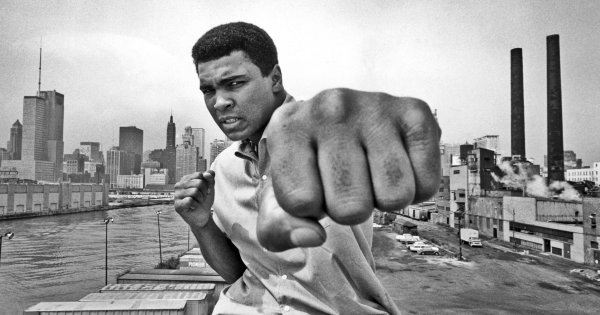 See How Apple Is Remembering Muhammad Ali
Next Up: Editor's Pick