The sentencing of Brock Allen Turner, who was convicted on three felony accounts of sexual assault against a woman at a Stanford party, sparked a national conversation about how the justice system handles cases of rape and sexual assault. Many people were outraged that Turner will serve only six months of jail time despite the maximum time of 14 years (the prosecutors asked for six). The judge who sentenced Turner faces a recall campaign in light of the sentencing.

When faced with dissatisfying results in the justice system, it’s easy to wonder: What can an individual do to help rape victims?

Becca O’Connor, the vice president of public policy at RAINN (the Rape, Abuse and Incest National Network) has an answer.

“Just asking this question demonstrates part of what needs to happen,” she says. “If we’re not educated on how best to respond when someone presents their story, that can have a detrimental impact on the future healing of that individual.”

She emphasizes the need for victims to hear validation. “That first response they hear can impact their ability to process what happened to them, she says. “Just saying, ‘I believe you,’ can make a world of difference to the person who is grappling with that trauma.” It can also impact how they choose to proceed with dealing with the crime, says O’Connor, who points out that knowing what resources are available, like counseling or legal action, is also crucial.

If you are hearing a story firsthand, she recommends practicing active listening and being mindful of what kind of things you are saying when you respond. “You want to make sure you’re thoughtful about not blaming them,” O’Connor says.

Sometimes, processing allegations can be challenging, O’Connor admits. “It forces us to recognize those statistics—that less than every two minutes another American is sexually assaulted. That’s because it can happen at any time to anyone, by anyone. It’s a hard pill to swallow.”

That seeming contradiction makes it easy to ask questions like what the victim was wearing, or whether the victim consumed alcohol. Regardless, O’Connor is adamant: “The only person responsible for what happened is the individual who made the choice to commit a crime.”

Simply sharing these stories makes the case to policymakers (and to society as a whole) that sexual assault is a serious crime, she says.

Bottom line: We need to continue to educate people about the impact and scope of rape, says O’Connor. And a lot of that comes from talking about it. “Remember seatbelt laws? No one thought twice about [seatbelts] until we starting talking about it and changing the way we think about them and safety,” she says. “We had a whole cultural shift around seatbelts—we need that to happen with sexual assault.” 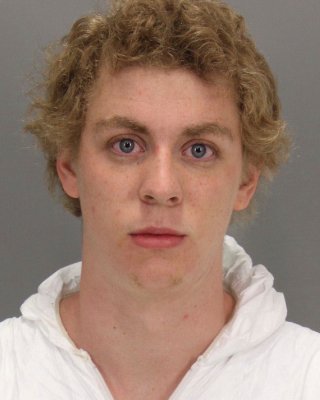 This Graph Shows Exactly What Causes Rape
Next Up: Editor's Pick