As a young black kid growing up in the ’60s and ’70s, there was no other sports figure that made me understand, appreciate and even find the humor in what it meant to be “black and proud” than Muhammad Ali. For as much as I fell in love with his boxing bag of tricks, it was the Champ’s prideful braggadocio that truly hypnotized me. It was a spell that fell over a lot of black kids my age, not just because of the politically incorrect brashness in promoting his fights. But for a more radical type of politically incorrect speech: his unapologetic blackness.

Ali spoke like no other black athlete before him. He emerged in the era of the “aw shucks” humble sports star. You didn’t brag or boast about your exploits. And if you were a black athlete, you were expected to stay in your place. Show gratitude and defer, be a credit to your race. Ali didn’t care about any of that. Taking his cue from flamboyant wrestler Gorgeous George, the young Clay threw out all of the polite rules. He flaunted, ridiculed, demeaned, impersonated and even harassed his opponents. Some purists hated this “vulgar” display, others loved the entertainment value, and even some just dismissed him as a clown with an expiration date. But they all viewed him as an athlete.

But by changing his name from Cassius Clay to Muhammad Ali, and joining the Nation of Islam, he forced the white sports establishment to deal with him on his own terms. As a conscious black man.

It was this consciousness and the eloquence with which he spoke on race matters in those days that connected with me the most. It’s hard to relate to today, but back then there were no examples in the culture of black men who were allowed to be strong, bold, confident, arrogant or any other traits considered overtly masculine, without being called uppity. As a man of color, your confidence had to always come with an apology. And so this blindingly charismatic black Muslim’s “I ain’t got no quarrel with them Vietcong” unapology for his blackness was breathtaking.

Of course I loved Ali for a number of reasons. I agree with him about being the greatest of all time. As someone who would eventually choose a career in comedy, I always appreciated his wit and humor. He was really funny. I admire his public fight with a debilitating disease and the grace by which he handled himself. But the side of Ali that sticks with me the most was his fight over his own identity.

Cassius Clay was a slave name according to Ali, and changing it was his way of breaking those shackles in a sense. The inverse of Kunta Kinte being forced to call himself Toby. He insisted the world address him this way, and the world didn’t like it. He was snidely called Clay all the time and was even taunted by other boxers.

In fact, Ali famously taunted back at opponent Ernie Terrell for 15 rounds with “what’s my name” “what’s my name?” repeated in between merciless blows. Some watching the bout criticized Ali and said it was cruel of him to torture Terrell in that way.

Maybe. But it was definitely cruel to strip millions of blacks of their identities over a couple of hundred years. That’s the fight Ali was criticizing. 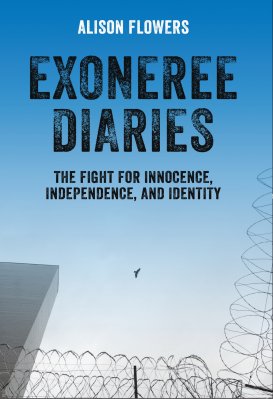 These Are the Challenges Some Wrongfully Convicted Women Face
Next Up: Editor's Pick