Samsung may be bringing back the flip phone — but not in the way you might expect.

The South Korea-based electronics giant is said to be developing two smartphones with bendable screens, Bloomberg reports, citing unnamed sources. The phones could launch as early as 2017. (Samsung blog Sam Mobile earlier reported that the firm was working on such devices.)

One such model would be capable of folding in half like a cosmetic compact, while a second would be able to unfurl its five-inch screen to eight inches when being used in tablet mode. Samsung may introduce one or both of these models in February during the annual Mobile World Congress convention in Barcelona, Spain, a major smartphone industry event. Bendable screens could offer smartphone makers the chance to create devices in new form factors beyond the generally rectangular devices popular today.

Samsung has been teasing flexible screens for years, though it has yet to announce a consumer product using the technology. The company said at a 2014 event that some of its first bendable designs for device manufacturers were expected by the end of that year, CNET reported. Still, we’re halfway through 2016 with no bendable phones in sight — a sign that the technology may be proving difficult to deploy.

If Samsung does release a smartphone with a bendable screen, it will likely be more expensive than the average smartphone. This means Samsung will have to clearly express the advantages a flexible phone offers over a standard one to generate consumer interest.

Samsung has been pioneering curved displays in its smartphones since 2013, though its more recent models, like the Galaxy S6 and S7 Edge phones, have proven to be the most well-received. With earlier entrants, like the Galaxy Note Edge and Galaxy Round, some critics found that the curved portion of the screen didn’t add to the overall experience in a way that justified their higher price. Samsung rival LG has showcased similar technology, including a screen that can be rolled up like a newspaper.

A Samsung representative said the company does not comment on speculation or rumors. 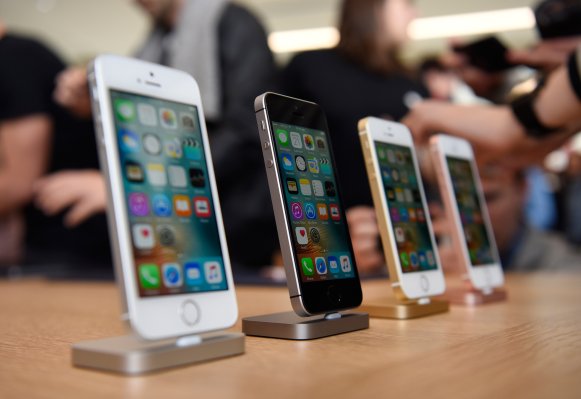 This Terrifying Chart Shows Smartphone Makers Are in Deep Trouble
Next Up: Editor's Pick