It's a Thriller: New Michael Jackson Songs Coming in May on Posthumous LP Xscape

The King of Pop is coming back: on May 13, Epic Records will release Xscape, an album featuring eight brand new, previously unheard tracks by Michael Jackson.

The world will hear the new tunes due to the efforts of Epic Records chairman and erstwhile X Factor judge L.A. Reid, who was granted unlimited access to Jackson’s archives by his estate. In the archives, Reid uncovered what a press release calls “four decades of material on which Jackson had completed his vocals.”

Reid selected eight tracks for the album and then sent them out to be retooled by producers, including recent Beyoncé and Justin Timberlake hitmaker Timbaland, in a process Reid calls “contemporizing.” While that sounds potentially ominous (as in adding an ’80s sax solo to a Ramones song could be considered “contemporizing”), Reid apparently only chose producers who had “the gravitas, depth and range” to maintain the “essence and integrity” of Jackson’s work. Fingers crossed, Jackson fans.

“Michael left behind some musical performances that we take great pride in presenting through the vision of music producers that he either worked directly with or expressed strong desire to work with,” said Reid in the press release. “We are extremely proud and honored to present this music to the world.”

As for the title of the new album, it comes from a song written and produced by Michael Jackson and Rodney “Darkchild” Jerkins (who helmed hits for Brandy, Justin Bieber and Lady Gaga). According to the press release, “Xscape” is the only track on the album to be “contemporized” by the producer who recorded it originally in the studio with Michael.

MORE: Michael Jackson’s “The Way You Make Me Feel” Video Without Music Is Completely Creepy 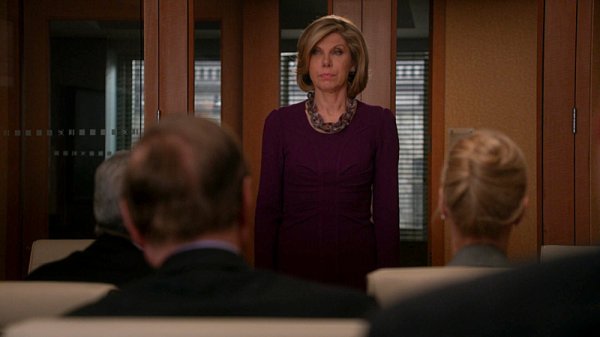 The Good Wife Watch: Life Goes On
Next Up: Editor's Pick