A photographer who recently captured a photo of a small fish swimming inside a jellyfish off the coast of Australia said he’s surprised by the reaction the image has received on social media.

“It is crazy how much attention this little guy is getting,” Tim Samuel posted on Instagram on Tuesday.

In a previous post, Samuel said he discovered the fish while freediving in Byron Bay. He said, at the time, he hadn’t known “how unique and rare” the sighting was.

“He was trapped in there but controlled where the Jellyfish was moving,” Samuel wrote.

Ian Tibbetts, a fish biologist at the Centre for Marine Science at the University of Queensland, said it’s possible the fish is a juvenile trevally, a type of fish that commonly seeks protection among the stingers of jellyfish, according to Australian Geographic.

“It’s difficult to tell whether disaster has just struck, or whether the fish is happy to be in there,” Tibbetts said. 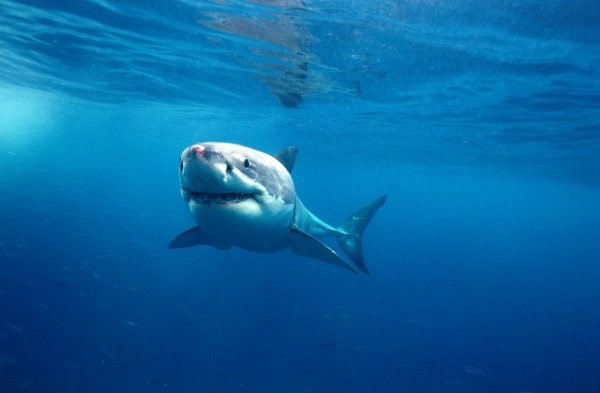 Woman Dies in Apparent Shark Attack in Australia
Next Up: Editor's Pick