Over the past two years, Indian Prime Minister Narendra Modi and U.S. President Barack Obama have developed not only a strong partnership between their two countries, but a close personal friendship as well.

Writing about him in last year’s list of TIME’s 100 Most Influential People, Obama said Modi “reflects the dynamism and potential of India’s rise” and hailed his “ambitious vision” to turn the South Asian nation into an “inspiring model for the world.”

The Indian Prime Minister’s visit to the U.S. this week, his fourth since he assumed office in 2014, will see him address a joint session of Congress and a gathering at the U.S.-India Business Council. A highly anticipated symbolic visit to the Arlington National Cemetery, soon after he landed in Washington, D.C., on Monday, saw him pay tribute to fallen U.S. soldiers and meet the family of Kalpana Chawla — the Indian-American astronaut who died in the 2003 Columbia space shuttle disaster.

As the two leaders meet on Tuesday for potentially the last time before Obama leaves office this November, each of them will be looking to cement not only the burgeoning bilateral relationship but also their respective legacies.

“For the President, this is an opportunity to highlight a country that has been a clear foreign policy success for his Administration,” Milan Vaishnav, a senior associate at the Washington, D.C.–based think tank Carnegie Endowment for International Peace, tells TIME. “As the Obama Administration gets ready to conclude its final term, it looks around the world and there are not many bright spots, but I think it believes that India is,” he adds.

The turnaround
Modi’s address to Congress on Tuesday, the fifth by an Indian Prime Minister, represents a “real moment of triumph” for someone who was denied entry into the U.S. for over a decade, Vaishnav says. Modi’s U.S. visa was revoked in 2005, when he was chief minister of Gujarat state, over his alleged role during deadly riots there three years earlier (he was subsequently exonerated by Indian courts), but reinstated soon after he became Prime Minister.

Although concerns over rising Hindu nationalism and religious intolerance persist in Modi’s India, experts say they may be addressed behind the scenes and are unlikely to be a major public talking point.

“Modi has shrugged off past visa problems, and Obama is unlikely to gratuitously raise icky issues that could provoke Modi and derail progress in bilateral relations,” says Bharat Karnad of the New Delhi–based Centre for Policy Research.

There remains a degree of consternation on Capitol Hill, however, with several lawmakers from the Senate Foreign Relations Committee questioning India’s human-rights record last week ahead of Modi’s visit.

“I don’t think the United States has any desire to keep those issues off the table,” Vaishnav says, “but they’re going to be raised in a very subtle and diplomatic fashion.”

The deliverables
During the visit, India and the U.S. are expected to further their cooperation in areas like trade, defense and energy. Both countries share similar concerns about the rapid rise of China, which they have jointly expressed in the recent past, and although India has been somewhat reluctant to cement an outright alliance with the U.S., a deal to allow each country access to the other’s military bases under the Logistic Exchange Memorandum of Agreement (LEMOA) is expected to be signed.

“Washington wants to go full in,” Karnad says. “New Delhi is more hesitant, unwilling to have a legally onerous relationship.”

Another highly anticipated announcement is a confirmation by American energy firm Westinghouse Electric Corp. of its plans to build six nuclear reactors in India, which would be a culmination of the landmark nuclear deal signed between the two countries in 2008.

India, for its part, will be looking for official U.S. support for its membership of the Nuclear Suppliers Group (NSG), the 48-member international body that regulates nuclear proliferation around the world. Modi arrives in Washington from Switzerland, which has officially endorsed India’s NSG candidacy.

However, as Vaishnav points out, “this is a decision that has to be taken by the overall group, and China’s potential objection looms very large.”

The Modi government has also been a strong but somewhat hesitant partner in Obama’s push to combat climate change, as India looks to balance the industrialization driving its rapidly growing economy with sustainable energy considerations — a fact thrown into stark relief by last year’s Paris Climate Agreement. India finally signed the historic deal but is yet to officially enact it, something that will likely top Obama’s agenda.

“The President would really like India to ratify the Paris climate treaty before he leaves office,” Vaishnav says. “That’s something that he cares very deeply about, and India obviously is a very crucial player when it comes to climate issues.”

Both leaders will be keen on unlocking the potential for bilateral trade as well, with India — currently the world’s fastest-growing economy — presenting a 1.3 billion-strong market that American corporate giants like Apple, Facebook and Walmart are keen to cash in on. Modi has pledged to remove bureaucratic barriers to foreign investment in India, but whether key steps to further economic cooperation are realized remains to be seen.

The future
Despite the flourishing of the U.S.-India relationship under Modi and Obama, the fact remains that come next year, the former will be interacting with a new President. And depending on who assumes office next, whether it is the likely Democratic candidate Hillary Clinton or presumptive Republican nominee Donald Trump, bilateral ties between the two countries will be affected to varying degrees.

“If Clinton were to be the next President, I think we could expect a lot more of the same and I think the Indians would be perfectly happy with that,” Vaishnav says. On the other hand, he adds, Trump’s “unpredictability … in foreign policy, as with all other domains,” means that if he enters the Oval Office then “all bets are off,” an eventuality he says the Indians are privately concerned about.

“I think it’s in both sides’ interests to try to cement the gains so that it will be harder for a future President or Prime Minister to reverse.” 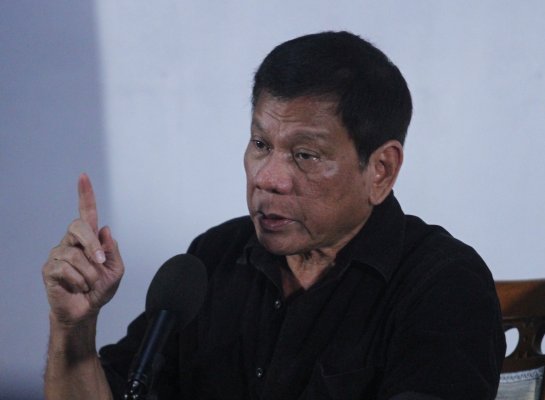