Lin-Manuel Miranda — the creator of a certain musical that you’ve probably heard of that happens to be nominated for an unprecedented 16 Tony Awards — was the Carpool Karaoke guest of honor on The Late Late Show With James Corden Monday night.

Corden (who happens to be the host of this year’s Tonys) and Miranda sang along to music from Hamilton before they were joined in the car by three other Broadway fixtures: Jesse Tyler Ferguson (Mitchell Pritchett on Modern Family who is now the star of the play Fully Committed), Jane Krakowski (formerly 30 Rock‘s Jenna Maroney; now in She Loves Me on Broadway), and Audra McDonald (the star of Shuffle Along). Together they tackled old showtune mainstays: “Seasons of Love” from RENT, “Can’t Take My Eyes Off You” from Jersey Boys, and more. 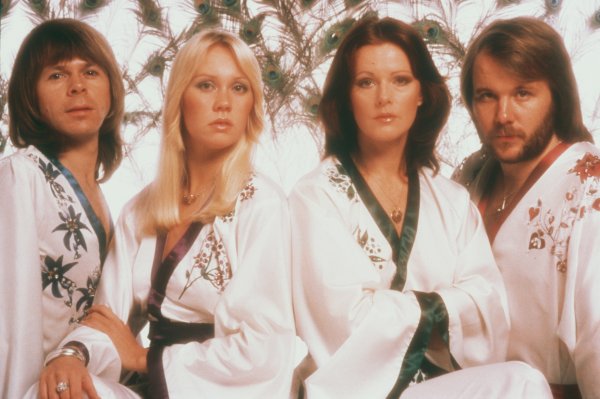 ABBA Reunites With Performance for 50th Anniversary
Next Up: Editor's Pick