An Arctic Tern dives down to protect its nest on June 24, 2011 on Inner Farne, England
Dan Kitwood—Getty Images
By Simon Lewis

A bird weighing just 100 grams returned to an island off England’s northeastern coast last month after completing the longest migratory flight ever recorded.

The Arctic Tern was one of 29 birds electronically tagged with ultra-light geolocators by researchers at Newcastle University who were working with the BBC’s Springwatch television show, a statement says.

The record-breaking bird set off from its breeding grounds on the Farne Islands off the coast of Northumberland in July 2015, tracing Africa’s west coast before flying for a time over the Indian Ocean. It then reached Antarctica, cruising over the Weddell Sea in February, before returning north to the United Kingdom, and arriving back on May 4. The journey amounted to an estimated total of 96,000 kilometers, or 60,000 miles.

Over the course of its lifetime, the bird could fly more than 1.8 million miles — or almost four trips to the moon and back — the researchers say. “For a bird that weighs less than an iPhone, that’s an amazing feat,” said lead researcher Chris Redfern. 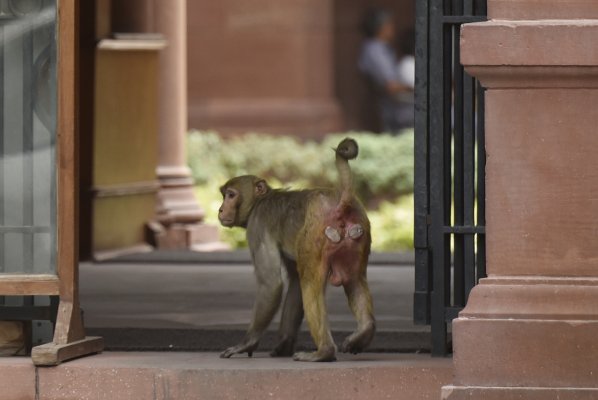 Watch: This Monkey Robbing a Jewelry Store Is the Year's Smoothest Criminal
Next Up: Editor's Pick